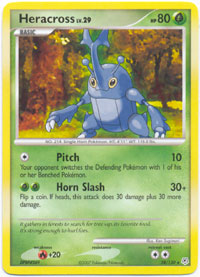 Toronto FC pretty much traded all the old faces of the franchise away this past year. We traded Dero, Barrett, Gargan, Nana, Santos, heck we even traded Jon Conway! I mean Conway dump tackled Steven Lenhart and got a red card against the Crew in last year’s home finale. But I digress.

Trades are exciting. I love them. I almost love TFC trades more than actually watching and supporting the Reds. There’s something about the potential and promise that a trade represents. The new player coming your way could very well be the one that rights the ship. The one you look back on a year from now and say, "That was when we changed, that’s when we became great." Well we’re still not great, but there certainly were some memorable trades.

The press often referred to Mojo as "Trader Mo". Some MLS conspiracy theorist believed Mo got this obsessed from an apparent lack of trading in European footy. Well, Aron Winter must have been told to one up Mojo, because that man freaking traded everybody. He easily would have been that kid that convinced you of trading your Charizard at the last minute of recess, when really you should have held onto your fire breathing Pokemon.

Looking back is the easy part. Some times this year we were left in absolute dismay after a Winter trade. But things are a lot clearer now, and Winter looks like he actually knew what he was doing in some of those deals.

I don’t expect as many trades next year as the year that just passed. But it will be interesting to see what Winter has up his well ironed dress shirt’s sleeve.

We look at all the trades the Reds made this year, and decide if we won or lost them. *These are not in exact chronological order

1. Barrett to the LA Galaxy for cash:

The Chad represented this team in so many ways. The guy who ran hard, played his guts out, and missed easy tap ins multiple times. It was tough to see him go, but we all understood this was a cash dump (Barrett was making 200 thousand). I would have liked to see what Barrett would have looked like under Winter, but so it goes. Chad got to finally play for an MLS Cup contender, and he gets to watch the X Factor every night with Becks.

Who won? : I’d say TFC won. While we sure did miss Chad early in the season, we ended up finding some amazing attacking talent that has really made me forget about Chad’s woes. Plus we dumped a pretty hefty contract for a player who really wasn’t worth it.

I honestly don’t have too much to say about this one. It was stupid to trade our first round pick for a guy who had a solid year in Seattle. Sturgis has never wowed me this year, and I would have loved to see what Winter and Co would have done with this pick. Having said that, it was a weak draft year. *Also to be noted, this deal was made by Earl Cochrane. He meant well, but wasn’t the best choice.

Who won? : Vancouver won. They dangled Sturgis, and TFC bit. TFC’s midfield is packed, and it would have been nice for us to draft a defender.

3.  Conway for 3rd round superdraft pick(Plata)

Who would have guessed that Jon Conway would be traded for one of TFC’s most important players in 2011? Little Joao Plata was highly regarded in the combine, but almost every team passed on Plata due to his size. Plata was said to be highly skilled, but would get owned in the oh so physical MLS.

This was the trade that no one believed. It happened on April fools for crying out loud. And secondly, it’s DERO. Dwayne DeRosario. A Scarborough lad, who also happens to be Canada’s best offensive threat. And possibly one of the best players in MLS. We don’t need to go too much in depth on how Dero did this season. (See game vs TFC, RSL, and oh he won the Golden Boot,while playing on 3 separate teams). We got an okay left back in Borman, a stellar MLS prospect in Tchani, and a first round pick in the 2012 superdraft.

Who won? : Either way, TFC was bound to lose this one. Dero made it clear he wanted to leave, and teams knew this, therefore lowering what TFC could ask for in return. But seeing as Winter was not buying into the "3 year Mero budget strategy", he ended getting a decent return. We’ve yet to see who TFC will draft with the Red Bulls pick. (Cheer for FC Dallas if you want to see that pick in the top ten.) I’d say TFC still lose this one. Losing Dero hurt, and seeing the year he had hurt even more. Plus Tchani’s now in Ohio with the Crew.

Alan Gordon looked like a perfect fit in Toronto, a hustler and grinder that could put some goals back. But nothing was guaranteed this past year, and everyone got traded. Plus Winter had someone else in mind (Koef), when he traded away Gordon. We also lost Nana, which hurt a lot. Nana was looking very promising last year as our starting CB alongside Cann.  But his form dipped, and he never seemed poised to start under Winter.  Oh and we traded Peterson. I do recall him scoring a nice goal for us in the Champions league. But I mainly will remember him for being a complete sucky baby upon leaving Toronto. So I refuse to talk further about that midfielder in San Jose.

Who won? : TFC won. We got rid of an injury prone Gordon, an out of form Nana, and a tool who wears the same digits as Posh’s hubby. We picked up easily the most underrated player in TFC’s attack in Ryan Johnson, and an international roster spot for Koef.

What a steal. Terry Dunfield is a gem of a guy, and a great midfielder. Keven Aleman would have never played for us after that awkward dispute between the Academy product and Winter. So Winter beefed up the midfield even more, and sent a promising Canuck who wants to play in Spain, to the Caps, if he decides to show up.

Who won? : I’m still really confused about why the Caps would ever trade the face of the franchise. But many think Dunfield was second fiddle to Koffie, under Soehn. And if Aleman ever comes back to North America, I’m almost certain he’ll be a stud. But until then, TFC stole Dunfield.

7.Marosevic was waived by FC Dallas and signed by TFC.

Great pick up by Winter. I am a little confused on why a generation adidas player would be waived. Especially one with so much upside as Marosevic. But FC Dallas’ junk is TFC’s treasure. And we’ll gladly take Marosevic.

Who won? : TFC wins. Marosevic has been great off the bench, and I believe he can challenge for a starting position next year, as long as he has a good off season.

Maicon Santos was that guy who sounded a lot better than he actually was. Don’t get me wrong. He was a great striker for TFC in a weird stage. He scored some brilliant goals, and looked pumped up every time he scored. * Note to aspiring soccer players, always get super hyped up after scoring. So even when you look lazy on the field, fans can say, "oh wow, this means a lot to him." But we got a much more promising attacking midfielder in return. Eric Avila has so much upside, and I believe that once he gets settled into TFC’s starting 11 next season, that he’ll be a stud in our midfield. He has amazing control, and vision, but tends to make some poor decisions occasionally( See the 2nd goal for the Revs in the final game of the season for details.)

Who won? : TFC won. Santos was good, but we have some pretty good strikers at the moment. Avila is younger, and has more upside.

9.  Tchani for Griffit and Iro

TFC needed a defender with MLS experience. Andy Iro fit that bill. Leandre Griffit (Lord bless his soul), was that guy who just got thrown into the trade, and no one knows who or what he’ll bring. I’m still wondering what Griffit brings, but I’ve seen a fair share of Iro to have an opinion. It’s tough because Iro is so freaking nice. He’s always smiling, and complimenting the fans. And he’s also got a British accent. So even when he sucks and gives up unforgivable goals in DC and beyond, I still think he’s not rubbish because he’s from Liverpool.

Who won? : TFC lost this one. Tchani played in a position where TFC was way too deep. And it made total sense to trade him for a defender. But Iro is not the defender I, or many of us expected him to be. And Griffit looks good in a scarf. (Honestly, I have no clue what Griffit is like as a footballer). The fact that we’re still looking for defenders this off season will indicate that we’ve lost this one.

10.Gargan for Robinson, then Robinson for Davies (most useless trade of season)

Dan Gargan was never going to stay long under Winter’s total(partial) football scheme thingy. Gargan was a Preki kind of player. He played hard, kicked people sometimes, and he came from Philadelphia (apparently coming from a city with tough sports fans immediately makes you tough). Trading Gargan for Robinson was a little impulsive, and then trading Robinson for Davies was a little odd. But we needed MLS defenders (Robinson was one), and then we wanted a young MLS defender( Davies is young, but he hasn’t played much in MLS)

Who won? : TFC lost. Not based on who’s better or worse, but simply because TFC lost a good spokesman for the team.