We do not cover the Montreal Impact on this blog but with their blog on SB Nation yet to launch many people may be looking for some pictures of their kit which was launched tonight. We all knew they would be wearing Adidas kits, had seen the logo, knew the colours, and knew they would be sponsored by BMO so all that was left to do was put them together into a kit.

In the end the kit did not live up to my biggest fear that it would end up looking like a blue and black version of the Toronto FC kit which is good news considering they come from the same designer and have the same shirt sponsor. In the end they are a very safe looking jersey and that was kind of unexpected from the Impact who tend to blaze their own trail in most things. I was kind of expecting them to look like something that belonged at a roller derby rink but alas they are boring. So with nothing more to say about them how about a couple of screen shots I took from the live feed! Well here you go: 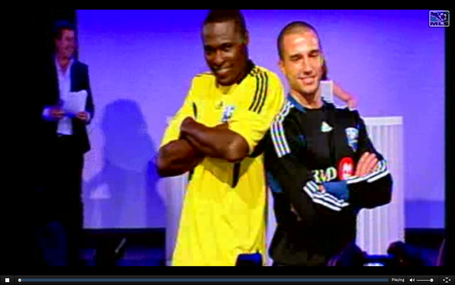 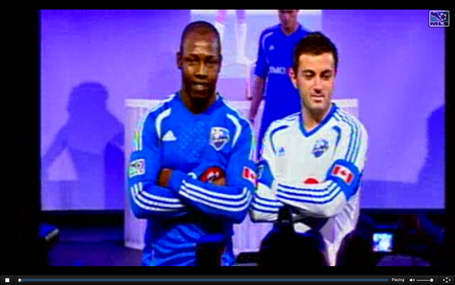 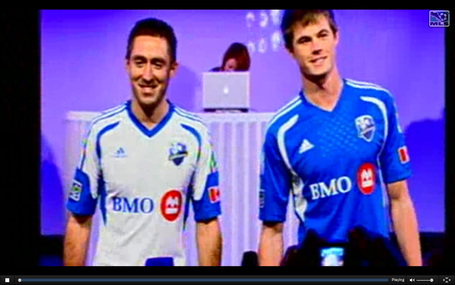