The following appears courtesy of, and was originally posted at, the excellent Keeping A Clean Sheet, whose analysis and breakdown of MLS matches is well worth checking out via the link. 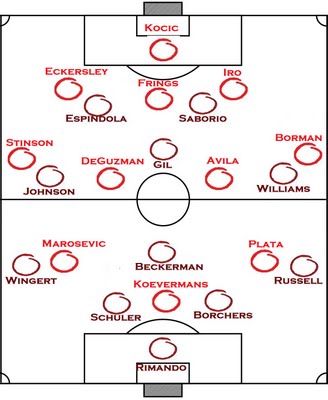