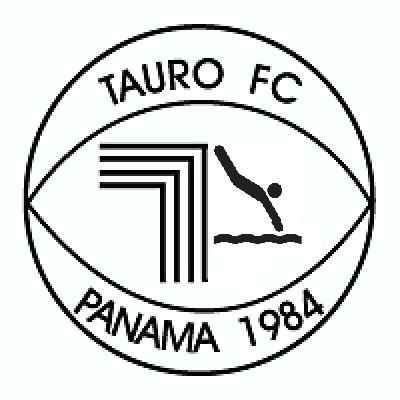 ...and they're diving like they've always dived before.  Image courtesy of Darth_Pingu

Three points, that's really all that matters here, three valuable points.  For a while, after being gifted two goals by a defensive blunder and then a goalkeeping error, it looked like one way or another those points were going to be taken from Toronto FC.  Towards the end of the first half it was sloppy defending that almost did TFC in, but a mixture of poor finishing and a headed goalline clearance from Richard Eckersley kept the score at 2-0.  The ref hadn't helped out with a few cards thrown around, and Andy Iro was very wisely substituted before half time to avoid getting his inevitable 2nd yellow, but it wasn't too bad really, about as good as you can expect from a Concacaf Ref.

In the second half, it was more of the same, TFC looked unorganised in defence, Tauro were attacking like you'd expect a team 2-0 down at home to attack, and TFC looked panicked and shaky back there, clearly missing the calming prescence Torsten Frings can bring.  Up front, there were some good opportunities on the break, but Joao Plata had a terrible half, wasting chances by refusing to pass, or refusing to take a shot with his left foot, and instead cutting inside to run into defenders.  It wasn't a great night for Plata, as he struggled against the much bigger Tauro Right Back, but he really made a lot of bad decisions, and barely ever put any crosses in for Danny Koevermans.  It was Koevermans' second straight quiet game, but that's more of a reflection of the lack of service he gets, which for a team that plays with two wingers is criminal really.

But it was really all about the ref in the second half, if he was tolerably bad in the first half, he really stepped it up in the second and TFC got a thorough Concacaffing.

Everything, even the slightest contact, was called as a foul against TFC.  That includes a headed Ryan Johnson goal disallowed for minimal contact when he challenged the defender for the cross, but of course didn't include when a Tauro player challenged and flattened Milos Kocic for a dead ball cross.  You can argue whether goalies are over protected, but that gets called all the time, but not in this match it wasn't, not in TFC's favour, and that almost led to a Tauro goal.

As often happens in these situations, the divey Concacaf  team and the fussy and easily conned Concacaf ref just fed off each other.  Tauro started going to ground at every opportunity, especially when close to Richard Eckersley who they were clearly trying to get a second yellow card for.  The ref kept awarding them fouls, 30 by the end of the game, and it was a surprise that TFC only ended up with 6 yellows by the end of the night, though Bob de Klerk did get himself sent off from the bench for protesting too much.

As you might expect, TFC's style of play had to change, and players became understandably hesitant to tackle or make any contact, and that allowed Tauro to really come on strong as the second half wore on.  Fortunately they just weren't a good team and missed most of the chances they got.  The one goal came from a penalty, awarded for a foul by Julian de Guzman, which was actually a correct decision as de Guzman made a poor tackle after a puzzling decision to even try to tackle in the box given the minimal standard of contact.

But anyway, like I said, that whole ultra-Concacaf experience doesn't matter, all that matters is that Tauro weren't good enough to take advantage and TFC somehow escaped with 3 points, next up, after an inconsequential MLS game in Chicago is Dallas at home on Wednesday.