Season 6 for Toronto FC is now just one step closer to being here as today the majority of the squad reported for preseason training. Today was a closed door event so there wasn't much in terms of news breaking about trialists or unannounced signings being at the camp but that has not stopped the speculation from taking place throughout the day.

Now no one is saying that Richard Eckersley is at camp today but the word is that yet again his deal is almost done. This time though there is a sense that it will be at a fairly high price tag which would fit now that Toronto FC has shed the cap hits of Peri Marosevic and Andy Iro.

The other main rumour of the day to do with camp is that Miguel Aceval may already be in Toronto having completed what Spanish language sources are saying is a 2 year deal with the club. This is a story that has persisted for such a long time and with so much support from the player's home country of Chile. At this stage it seems that it could be announced really any minute now. If he is in camp already the safe bet is that his signing will be announced at some point before media day on Thursday.

That Geovanny Caicedo rumour will also not go away it seems. Earlier today a number of Spanish language sources actually reported that he has completed a 4 year deal that is comes with 1 year guaranteed and 3 club option years to follow.

For now though these all remain rumours but on the bright side the Toronto FC twitter feed did give us some photos of players today. Some of them after the jump as the majority of the team seems to have reported to camp. Joao Plata though, having re-signed, is going to be late as according to his twitter he only left from Ecaudor this morning. 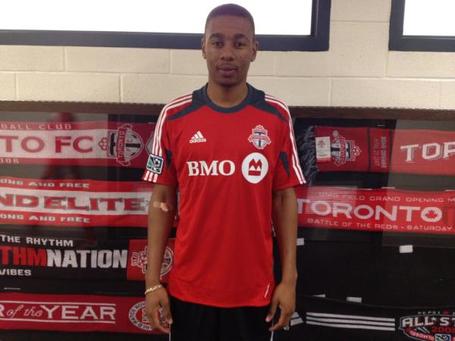 Looks like Reggie Lamba had to do a bit of blood work or something before this photo. Like the look of him in a TFC kit though. via p.twimg.com 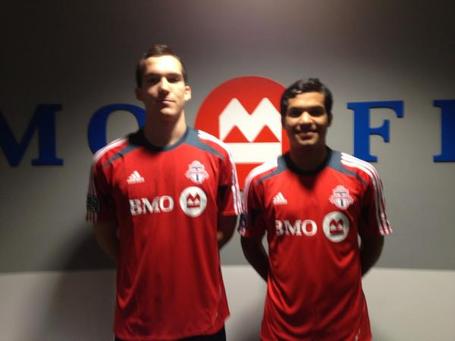 Don't feel bad if you do not recognize these two. It is actually supplemental draftees Mike Mazzullo and Arthur Ivo. via p.twimg.com 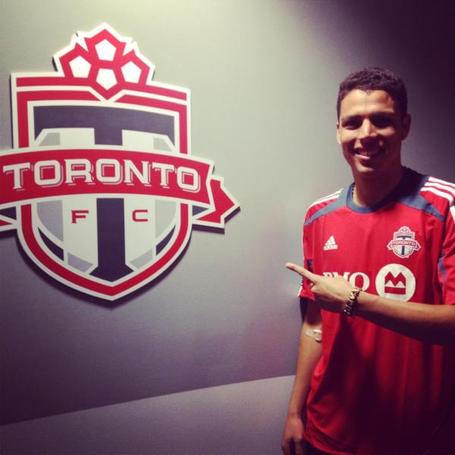 Oh looks like 4th overall pick Luis Silva also had some blood work done and he found the TFC logo on the wall. Think that was worth 5 points in the scavenger hunt. via p.twimg.com 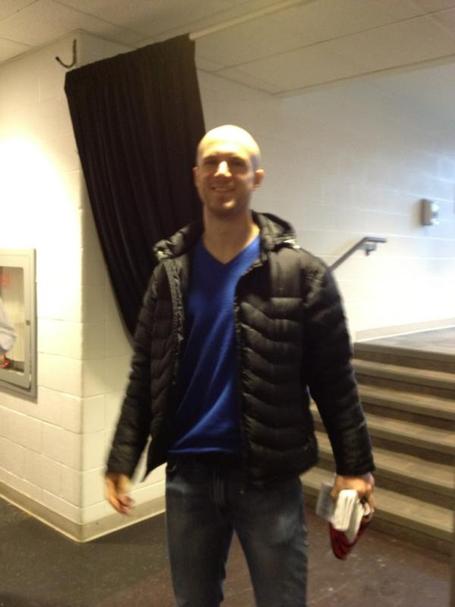 After lots of speculation, a fair bit from me, Stefan Frei is safely back in camp. Looks ready to take back the starting job. via p.twimg.com 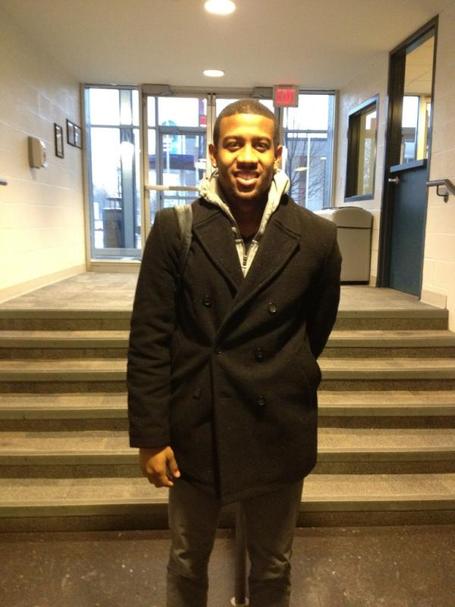 Jeremy Hall arriving at BMO for the first time as a Toronto FC player. Good thing he knew to dress for cold weather! via p.twimg.com 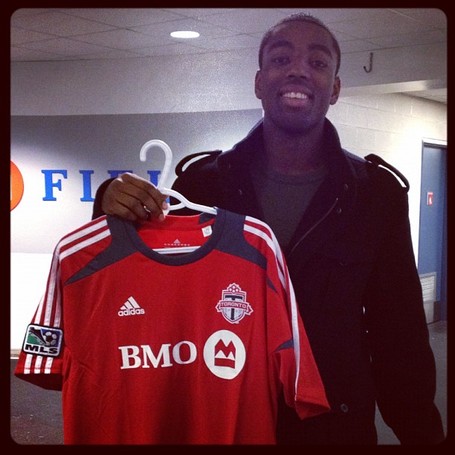 Aaron Maund with a big smile after getting his hands on a Toronto FC jersey. Last time he had was one probably when he went 12th overall in this years SuperDraft. via distilleryimage2.instagram.com