Share All sharing options for: Pictures and Audio from TFC's Friday Practice

It was a pretty low key day at BMO, and there were only a handful of reporters. Most are still asleep from partying so hard at Umbro's Epic Hipster Kit release last night. Or maybe they were greatly affected by the not fully cooked mini bison burger, and as a result now believe they have a subtle case of food poisoning (that was me).

More importantly, Toronto FC announced that they have released 4 players from their pre season roster. All 4 were MLS Supplemental draft picks, Arthur Ivo,Michael Mazzullo, Nickardo Blake and Mykell Bates. Head coach Aron Winter said they just weren't good enough to compete at this level. This doesn't come as a shock to many, and at least they got a whole week with a pro team. Some guys only get a day on a reserve squad match, and then they're told to go on their way.

The roster is slowly slimming out, and it's becoming more clear that there will be some good competition to fill the 30 spots. Winter also commented on academy signings by saying he expects 1 or 2 guys to sign.

Below the jump is audio from and some pictures of Reggie Lambe, Aaron Maund, and Aron Winter.

Winter chatting it up 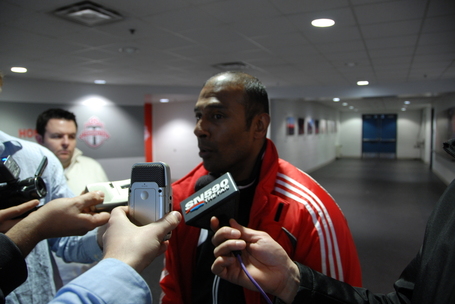 Aaron Maund "The Hound" discussing life in the city. 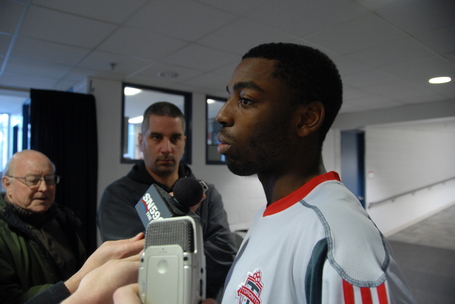 Lambe is a "Plata-esque" player. 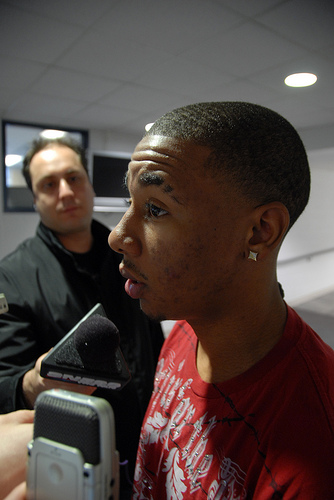 You can view the rest of the photos here.