Wrapping up our looks at Toronto's depth chart as the head into the season. Seems there are a lot of question marks in this squad and a lot of areas where we are left to cling to hope that things will somehow work out.

We have broken down every area of the Toronto FC squad as it currently stands but where does the team as a whole stand as they head into preseason and get ready to head down to Florida. Well, the picture is still looking a bit bleak and there are question marks in almost every area of the squad. The club has some nice pieces in place but trying to put together a consistent starting XI is difficult at this point. Hopefully the club has some moves planned for the coming weeks or someone really steps up to fill the voids or we could be in for a long season.

To wrap up the series for the pre-pre-season edition we will look back over each segment and see just where the holes remain and then take some stabs at trying to make a formation out of the pieces that the team currently has.

Goalkeepers: If Stefan Frei stays fit this season then things are just fine in this part of the team. We have a viable backup option in Joe Bendik but not sure I would be confident in him having to carry the load should Frei suffer from injuries for a third straight season. No real question marks here other than Frei's health which seems to be good heading into pre-season.

Defenders: The good news here is that their seems to be a stable back four heading into the season with Ashtone Morgan, Darren O'Dea, Danny Califf, and Richard Eckersley forming what should be a competent backline. Speed in the middle and defensive positioning on the wings will be the big areas to watch out for with this group though. Hopefully Ryan Nelsen can get the best out of them. Options off the bench are young or just generally uninspiring with Doneil Henry, and Gale Agbossoumonde, Logan Emory, and Jeremy Hall the only real options. Adding another left back to take pressure off Morgan would probably be the best move to improve the bunch but it is not the most pressing concern in the squad.

Midfielders: Down the middle of the park the pieces are there to be successful but age is a factor. The group is made up of three young players and three players in their 30's with Torsten Frings and Julio Cesar being the elder statesmen on the bunch. The questions will be how much the team can get out of that aging duo, if Terry Dunfield is capable of carrying so much of the load again this season, and what kind of performances can the young players bring. Luis Silva and Kyle Bekker will likely compete with each other for the attacking midfield role and the team will need both of them to be good this season to help provide some offense. Matt Stinson should be around to add depth but not a whole lot more.

The real concern in this area has to be on the wings. If Joao Plats is not back then the team is lacking in talent that can play the wide positions. Reggie Lambe was not really good enough last year, Andrew Wiedeman is a make shift winger at best, and Emery Welshman can play the wing if needed even though he is naturally a forward. If the team wants to have any width in the lineup other than from the full-backs it might be time to add some depth and quality in this area. Getting Jose Gomez and Nik Robson onto the roster night help a bit but certainly would not be enough to inspire much confidence in the midfield group as a whole.

Forwards: Want to play one up front and use that forward as a big target man who works with his back to the goal and holds things up for teammates? Good, because that is about the only type of forward that TFC currently has on the roster. Danny Koevermans (injured), Eric Hassli, and Justin Braun all play the big bodied game and do it reasonably well. The problem is what you do if you want to go with two forwards at the same time. Braun and Hassli would not be the best match which leaves the option of Wiedeman, Welshman, or Supplemental Draft pick Ashton Bennett are slightly pacier options but none is a proven goal scorer. Silva worked okay as a secondary striker playing off Hassli last season so that remains an option and so does bringing back Quincy Amarikwa. There are pieces in the attack to work with but the club will have to play around with things to try and find a combo that works at least until Koevermans comes back.

There is no doubt that the squad could stand to be improved in a number of areas but for me the most glaring hole has to be the wide midfielders. The options are not really good enough to begin with but it is made worse by the fact that there are so few of them.

We know that the club does not have a whole lot of spending room in the budget considering the number of high priced players that are currently on the books but hopefully the draft day allocation gives them enough breathing room to add a couple more pieces and address some of the concerns that are currently out there.

Now, onto a couple of possible lineups that the club could go with based on the current roster. Some of them will be focused on making square pegs go into square holes while others will be about just seeing how it would look if we plugged the team into a given formation. With no word yet on how the team will lineup this season all we can do is speculate. 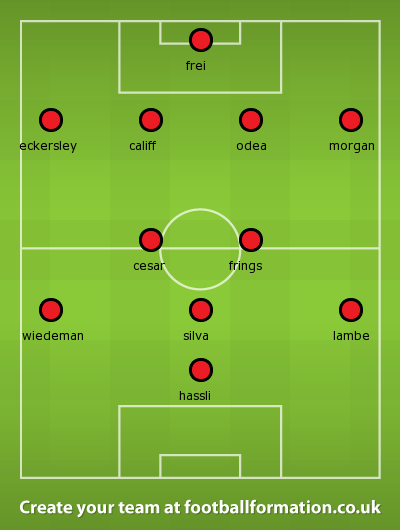 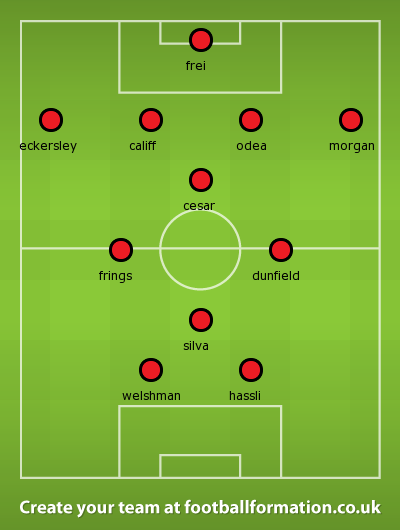 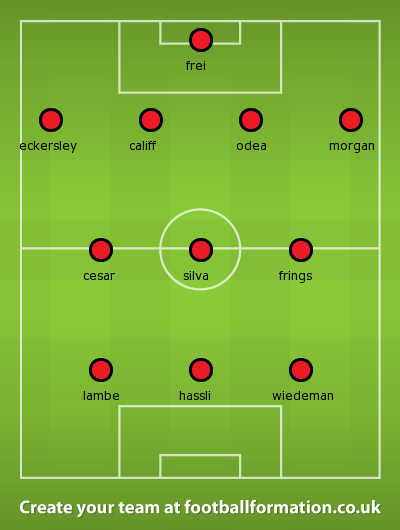 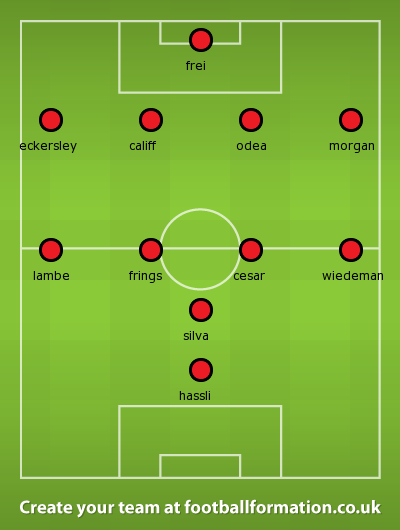 As you can probably tell by now there are certainly a number of different options that the club could go with but not really any that look totally convincing at this stage. The main concern seems to be where to find width in the midfield which probably resulted from the fact that Aron Winter brought in all kinds of wingers and then Paul Mariner decided to get rid of all of "Winter's" players so we are left with very few wide players on the roster.

The question now is what formation do you think would work the best for this squad and what major holes do you feel need to be addressed if the team is even going to be respectable this season.