How you doin'? Colorado Rapids

Q and A with Chris White of SB Nation's Rapids blog Burgundy Wave. Talking injuries, life post Casey and Cummings, Centennial 38 and more. So, Colorado, how you doin'?

Share All sharing options for: How you doin'? Colorado Rapids

Waking The Red: The main thing I've heard about Colorado this year is they've been very injury plagued. Is that still the case heading to this game or are they healing up? Who's stepped up and plugged the gaps better than expected?

Burgundy Wave: It's been goddamn farcical. Every time someone on this Rapids team starts to get healthy, two more guys seem to be injured in their place. Both our leading goalscorer and leading assist-creator from last season had long-term injuries before the season even started. There was a point in time this season where they were one injury away from being literally unable to put together a starting eighteen. The night before our match against Seattle, one of our starting strikers went down injured. The day OF the match, the other one went down during pre-game warm-ups. We've had injuries from guys slipping on ice coming down the stairs at practice, freak collisions with the goalposts, and freak arm breaks when going up for headers in the box. We had a guy decline national team duty because the Rapids were in danger of running out of players. I'd love to tell you that we're excited that we finally got two big players back last game, but we also just happened to lose possibly the best player on the team that same game. (Pablo Mastroeni, Martin Rivero, Hendry Thomas, respectively.) Worse, the injuries seem to be decimating the starters to the team more than anyone else. You could actually put a pretty solid Rapids Starting XI together from the group that has been injured. Observe:

For those of you not in the know, that could actually be a legitimate starting lineup for the Rapids if everyone on the team was available. Pareja would never play a 3-5-2, of course, and Drew Moor is notably missing from the defense, but still.

The silver lining on the injury cloud is that we've gotten to see just how amazingly deep a team that Pareja has assembled. I was touting the coach and staff of the team before the season started on finally putting together a squad with some depth -- a problem that the Rapids had been running into seemingly every year but 2010, when there was nary a single injury all season and the team scraped out a cup win -- and the soccer Gods have apparently decided to prove me right in the meanest way possible. We've gotten MLS caliber performances from two rookies, including the 'American Xavi', Dillon Powers, a homegrown player, some cast-offs from other teams like Nathan Sturgis, and Clint Irwin, who I'm still convinced is actually some manner of goaltending wizard who will reveal himself to secretly be Peter Cech in magical disguise at the end of the year.

WTR: No Casey? No Cummings? What? this isn't the Rapids I know. How's the transition under Oscar Pareja going? Given good health, are the Rapids a playoff team? 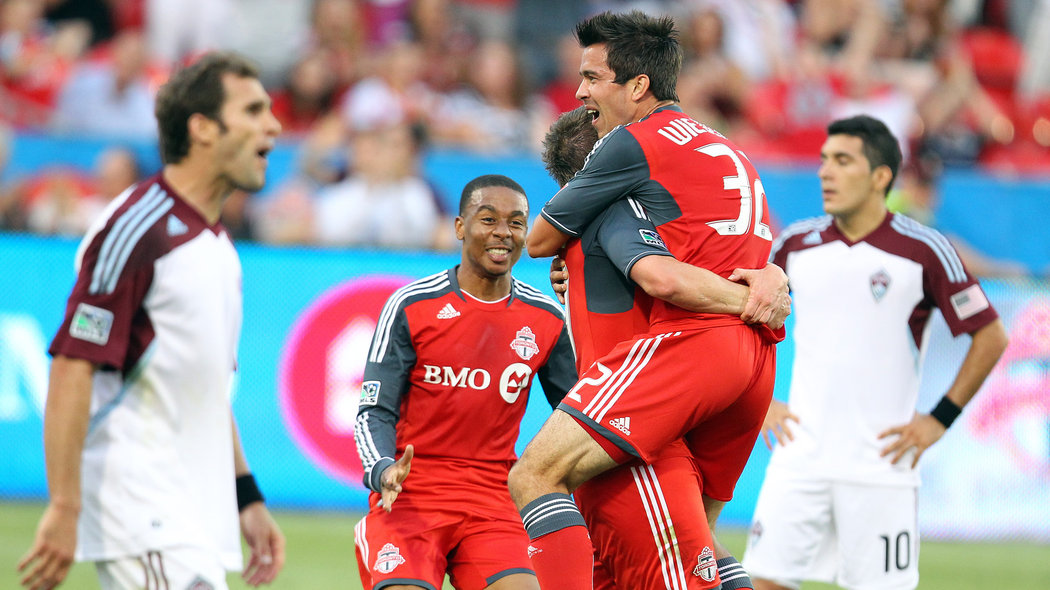 BW: The huge off-season purge that Pareja put in place that knocked out just about every recognizable Gary Smith name from this team surprised a lot of people, but something had to be done. Casey was asking for too much money to sit on the bench and be injured. Cummings was coming off another awful campaign that forced us to admit that 2010 was probably just a fluke. Wells Thompson and Kosuke Kimura were both clamoring for playing time that they were handed under Smith, but weren't earning under Pareja. It took, miraculously, only a single off-season for him to build the team back up despite losing so many key players so quickly.

This new team is the first that fits Pareja's vision for what Rapids soccer should be. He has built a team to play a 4-3-3 with a spine in the midfield: anchor man in the back, linker in the middle, No. 10 at the top. A team designed to possess the ball in the midfield and work through the center and on the ground to get goals. And the few times that he has had the personnel to do it this season, it has looked good. Against a Dallas team that is the best in MLS right now, the Rapids dominated a match and lost only because Steward Ceus doesn't actually know the rules of soccer, nor how to play goalkeeper. Their most recent match saw them march into Houston and play a fantastic game against an unbeatable Dynamo side, getting a draw only because of a Houston golazo and some awful finishing.

That's been the issue this year, is the finishing of chances. The defense has improved from the horrifically leaky unit that gave up 50 goals last season, but the offense, spurred on by the loss of their best playmaker and a new group of strikers every game, has only scored seven goals in nine games. I'm not sure if I would say that the Rapids are currently a playoff team when healthy -- though I've no doubt a completely healthy squad would have a far better record than 2-4-3 -- because there are still chemistry and technical issues to work out with the very young squad. Prior to the season I said that this struck me as a team that would struggle in 2013, find themselves in 2014 and then be a dominant force in 2015 if the band stayed together. So far, it's looking like it might be slightly ahead of schedule, but we're gonna have to wait until we have something even remotely resembling a healthy team before we find out.

WTR: Relations between the main supporters groups in Toronto can range from cordial to frosty, with plenty of intergroup disdain bubbling under the surface. How exactly did the merging of groups into Centennial 38 come about? Is everyone happy with the new set up?

BW: What you described sounds very similar to some of the sentiments we had out here around 2010-2011. Things had mostly cleared up in the drama department by 2012 from the groups, but there was still the matter of there being two separate terraces and some people that were avoiding the Supporters' scene because there were so many different groups, none particularly large. C38 came about, essentially, to fix those problems. Now we have one large set-up with a much larger base of both straight up fans and season ticket holders, which allows us to better interact with the front office. Through that, we've been able to convince the Rapids to allow our group a complete take over the entire ticketing aspect of the Terrace, something that I doubt many fans have the privilege to do. Chants across the stadium are far easier now as well, with one large terrace and a seated section halfway up the west stands. (Before, I could stand in the press box and hear three different chants going on at once because none of the three groups could hear each other.)

Really, everything is pretty solid now that we've all merged into one. There have been a couple of mumbles and grumbles from people who don't particularly like the idea of one large group, and a few people have half-heartedly threatened a Texas-esque succession, but all in all everything has worked out wonderfully in our first year as C38 and I can only see it getting better as the seasons go along.

BW: The team will likely set up in the same formation they have had the past few games, a diamond 4-4-2 with plenty of width. This lineup will almost certainly be wrong, mainly because we haven't had many updates on the more borderline of the injuries throughout the week. I'm also not including Atiba Harris even though I know he's going to $#^&ing start simply because I hate Atiba Harris and I'm big into wishful thinking. That said:

I predict a 2-1 Rapids victory, the team has finally gotten two of the most important players in the franchise back in Mastroeni and Rivero, and I don't think the influence of those two can be underrated. The offense may finally be able to put things together against Toronto, who knows? This all goes out the window if Atiba Harris starts, of course. If he starts, my prediction changes to a 32-0 Rapids loss. (I may be exaggerating about how much I dislike the fact that Atiba Harris is getting so much playing time because he's the only one who apparently can't get injured on this team, but I might not.)

WTR: Just how much fun was that USMNT game?

BW: It's the only sporting event I've ever attended in my life that, 20 years from now, I'll be bragging that I was at. The most surreal soccer match of all time, yet one of the most fun experiences I've ever had at a sports match or otherwise. Though, I'm still not completely thawed from the event. Worth it.

Thanks again Chris, and for my answers to his questions, click here and head over to Burgundy Wave.