As part of the festivities leading up to Sunday's Sold-Out game Umbro Canada has launched their latest Canadian kit. At the Canadian Women National Team's open training session the new away kit was unveiled and put on the market.

Umbro has been a strong partner to the Canadian Soccer Association since taking over as their equipment supplier. When the Men's National Team was struggling to draw large numbers at BMO Field during World Cup qualifiers Umbro stepped up by encouraging their partner clubs to sent players to the game and by getting involved in events with the likes of the Voyageurs.

They have released two different sets of kits and a special edition so far and all have generally been very popular with Canadians as the demand has often exceeded the supply. The initial offering was the chevron kit which was greeted with a mixed reception but sold well in spite of that thanks to a reasonable price and the folks at Umbro doing anything in their power to help fans get their hands on a kit despite a limited number of stores carrying the line. 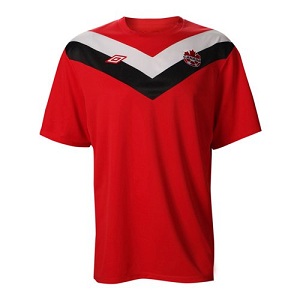 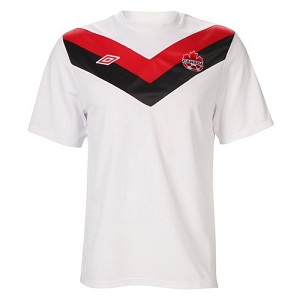 They followed that up with a simpler offering last year which benefited from a boost in popularity from the Olympics and continued to sell quite well with even the web-store having a hard time keeping it in stock. The reviews of that kit were more positive but some still objected to the fact it came from Umbro's basic catalog and just had a CSA badge slapped on to it. 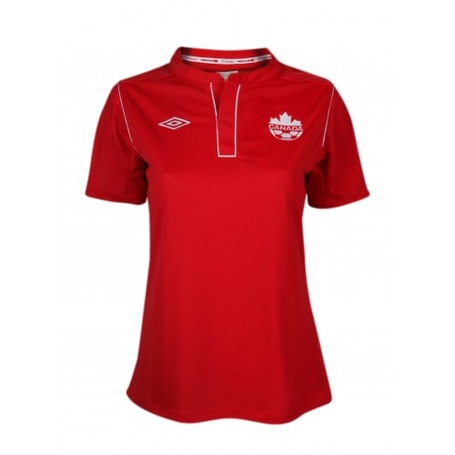 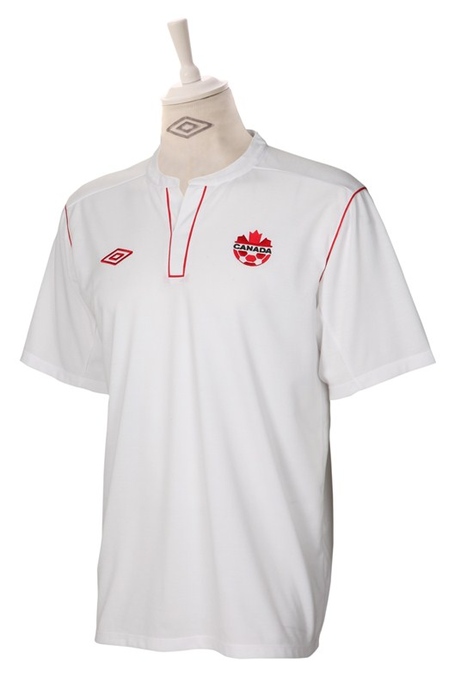 Last year also saw Umbro release a special limited edition jersey to celebrate the 100th birthday of the CSA. That kit gave a strong retro feeling by throwing back to the use of blue as the primary colour and its lack of design elements really made sure that the large, stylized, red maple leaf on the front was the focal point. With only 1912 shirts available as part of the limited run it proved hard to get and did not take very long to sell out. 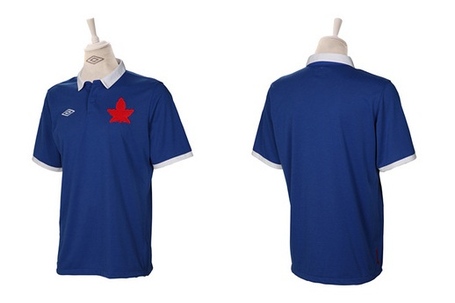 This time around they only launched one new kit with just the away jersey being replaced. The home jersey will have to wait until next year. They launched the new shirt on Thursday night at the Canadian Women's National Team's public training session at BMO Field. It is another simple white design from Umbro but this time they brought in a red collar to complete the look. 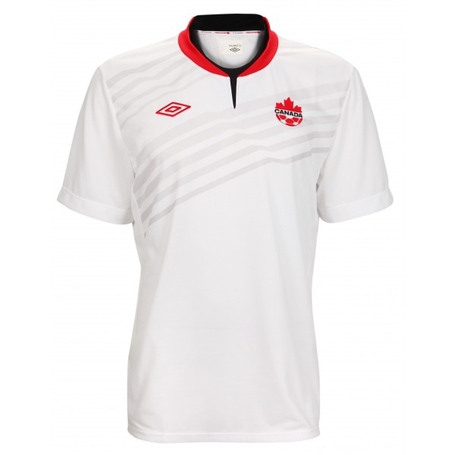 With the simple design there is very little to dislike about the kit but there is also very little that catches the eye. What does pop out is the fact that this time the body of the design is not solid white but brings in some elements of grey. The grey bands run across the front of the shirt and give it a bit more than the previous kit. It also have some black in the collar which might be where some critics are put off but it may mean this kit wears more comfortably than the last one did with its cut down into the neck line that often just flopped around since it did not have any buttons to keep it closed.

My two cents are that I like it but I know it is going to get some mixed reviews because of the collar and the stripes. Let us know your thoughts on the new kit in the poll and the comments.