Yesterday, Part One investigated San Jose’s lineup and form, this second part will review game film, looking at how they scored and were scored upon, as well as diving into some interesting factoids. 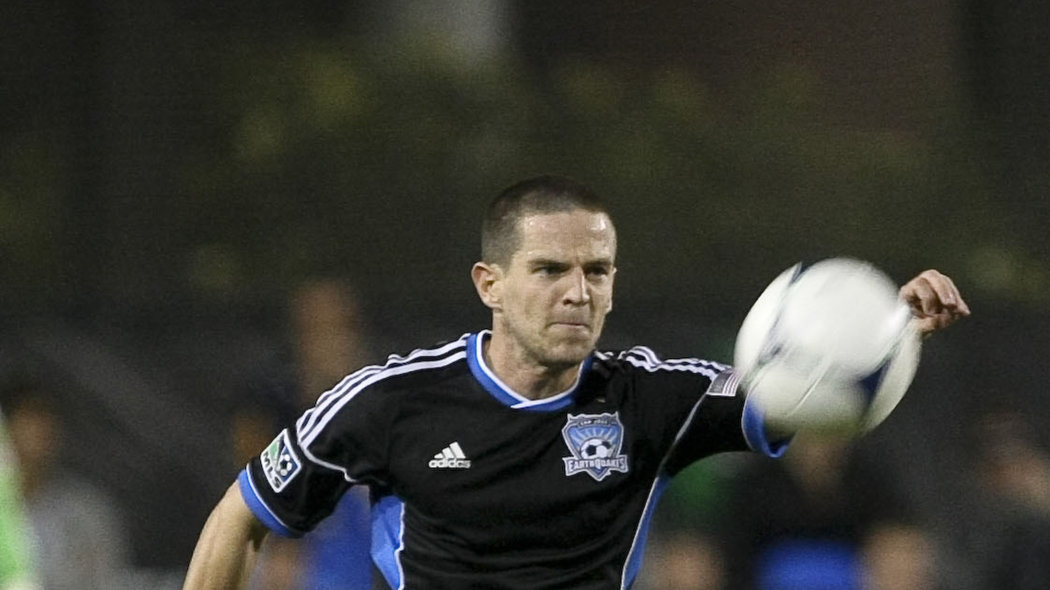 Plenty of San Jose’s goals, especially the late ones, come from a simple lay-off, usually just outside the box, normally on the right and most likely finished low to the bottom left corner of the goal.

The Earthquakes use late pressure – and their bruising forwards, when available - to back the defenders into the box, creating pockets of space above the area.

Sam Cronin’s late-equalizer against Montreal on the weekend is a great example – watch how the first ball in primes the back-line, sucks the covering midfielders into the clump of players and thereby leaving Cronin with plenty of space to strike once Chris Wondolowski touches back to him.

Wondolowski himself scored the game-winner against Seattle in a similar manner – though from the left and off a flick-on/knock-down from a long goal kick - and rookie Adam Jahn’s equalizer against Portland was not dissimilar, if a little more inside the box.

The lay-offs, the flick-ons, the knocks-down, all part of San Jose’s ability to create space in the attacking third.

Their big men get a bad wrap for being overly physical goons, but both Steven Lenhart and Alan Gordon – as Toronto folks are well-aware - are much better with their feet than the stereotypical big men and newcomer Jahn, well, his nickname is ‘Pillowfeet’ – he even used it for his Twitter handle – due to his soft touch.

Their goal against Vancouver was a great example of some miraculous stuff from the big men – watch this pass from Gordon over to Wondolowski in space on the right.

At first it almost seems a miss-touch, but no, he meant to do that and the high, short-side finish is unstoppable. Wondolowski has not scored with the same regularity as he has over the past few seasons, but he is getting the chances and moments like that make a breakout inevitable.

It’s almost as though they seek to create a controlled chaos, clumping up the defenders and then finding the man in space.

It’s not just direct play that leads to chances, their width - even more so now that Marvin Chavez and Shea Salinas are fit - can be devastating.

Salinas set up both goals from wide areas against Chivas, Cordell Cato’s late-equalizer is a good example – a surging run from Nana Attakora, a ball poked into space on the left, Salinas wins the footrace and cuts it back to the middle for Cato to hit first-time.

That doesn’t even take into account how attacking their full-backs – Steven Beitashour on the right and Justin Morrow on the left – can be, Morrow’s goal against Columbus made the sturdy Crew defense look woefully inadequate.

Toronto will have to watch Wondolowski closely and refrain from dropping too deep when they defend – ha – lest they create those pockets of space that San Jose so enjoys.

And it will require an extra defensive shift from the wide midfielders to assist in delaying Salinas and Chavez from flinging cross into a stretched defensive core. Should be hectic.

Toronto can look to exploit the space left behind the full-backs when they get forward.

San Jose has displayed a propensity to be troubled by crosses, rapidly switching the point of attack from one side to the other.

New York’s goal came from a left-sided Thierry Henry cross that was flicked, inadvertently, to the back post by Quakes defender Jason Hernandez, where an unmarked Eric Alexander was on hand to tuck in a finish.

Against Houston, Brad Davis’ clipped ball – again from the left – picked out Giles Barnes for a header.

While both of Chivas’ goals came from Jorge Villafana’s good work wide – also on the left.

The first was a dangerous ball into the six-yard box, that bounced off Mario de Luna and trickled in, while the second was more of a cut-back than a cross, dummied – or just plain missed - by Carlos Alvarez falling to Tristan Bowen moving in from high above the far-post.

Toronto should look to penetrate wide and send balls into the box, of course, success depends on committing numbers forward – a tact that Toronto has thus far failed to utilize.

Two places where TFC may be more likely to succeed are threaded passes and pouncing on mental lapses.

Luis Silva is deadly with the ball at his feet and runners moving through channels. Salt Lake’s second goal came from such a threaded ball from Kyle Beckerman to Alvaro Saborio.

Robert Earnshaw’s opportunism could prove fruitful, latching onto any defensive miscues, as Andrew Wenger did to create Justin Mapp’s second on the weekend.

Lenhart and Gordon switched numbers prior to the season as a statement of brotherhood.

This is the only meeting between the two clubs this season; the Earthquakes soiled TFC’s home opener last season with a 0-3 trouncing featuring a Wondolowski brace.

San Jose are undefeated against TFC in their last four meetings, but Toronto has taken points in their last three visits to Buck Shaw Stadium, most recently a 1-1 draw in April of 2011 with Alan Gordon – in Red - and Simon Dawkins exchanging goals.

Toronto has had some success in San Jose in the past, winning two matches 1-3 – in 2010, a Dwayne De Rosario brace and a Chad Barrett opener with Ramiro Corrales scoring the Earthquakes lone goal and in 2009, a Barrett brace and a Pablo Vitti tally with Darren Huckerby scoring for the Quakes.