Follow all the action here as TFC look to put a horrendous May behind them and start picking up some points again.

Excitement and anticipation fill the air as BMO Field gets ready for a big big game. Before that though, we get one more TFC game (last one until the 29th, come out and savour it) as our lovable losers (now with more losing, less lovableness) take on the Philadelphia union.

10 game winless streak, 5 game losing streak, can we put both of them behind us as we head into a 2 week break? Can Danny Koevermans finally return and be the catalyst to competitiveness as he was oh so briefly last season? Will Danny Califf just keep things simple and join the Union on the plane ride home seeing as he's clearly not wanted here?Probably not, I'll just be happy if I don't get seriously drenched this afternoon, though the forecast doesn't seem promising for that one. 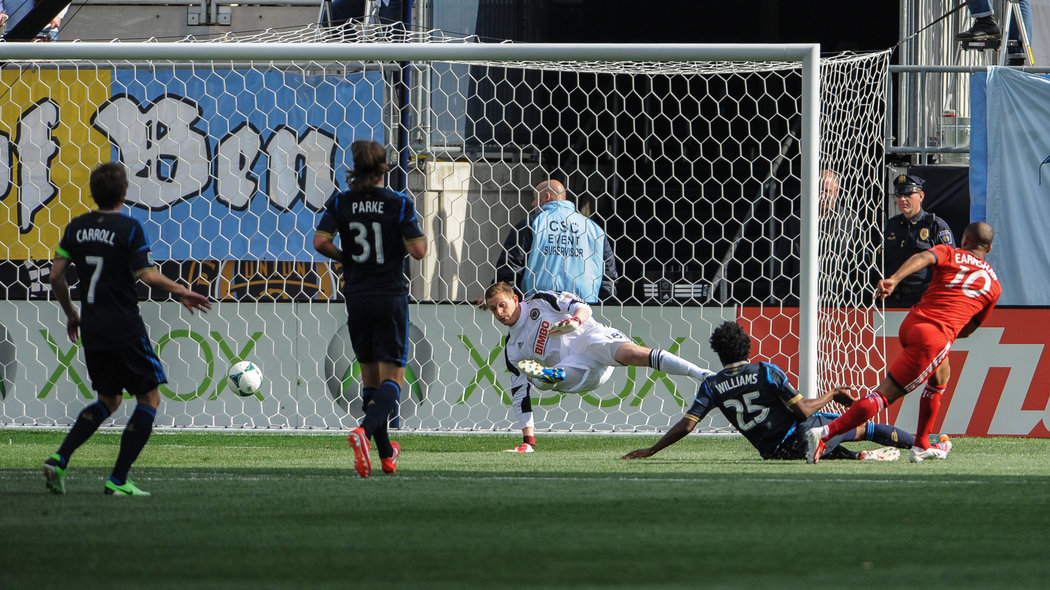 More likely to make an impact on this one is Bobby Convey, likely to get his first start, hopefully he can provide some of the creativity form out wide that has been sorely sorely lacking throughout the season.

For my full preview, click here. For James' look at the Union and all the varied firepower they bring, click here.

If you're going to the game, take some food to donate to The Daily Bread Food bank. If you're not, well join us here, we'll have team news when it hits the twitter and chat throughout the game.

Come on you reds!