Edmonton, Moncton, Montreal, and Toronto have been named as the four host cities for the 2014 FIFA Women's Under 20 World Cup. The event will serve as a tune up for the 2015 World Cup in Canada with three of the cities set to take part in both events.

Toronto may have been left out of the 2015 FIFA Women's World Cup in Canada due to the city being busy hosting the Pan-Am games but that has not stopped them from getting the chance to take part in the 2014 Under-20 World Cup. Toronto was named as one of the four host cities for that event on Sunday afternoon prior to the Canadian Women's National Team game. Joining Toronto as host cities for the event are Edmonton, Moncton, and Montreal giving the event a coast to coast feel despite not including Vancouver.

When Canada hosts the event next year it will be the seventh edition of the biennial event. The first time the event took place was the last time that Canada hosted. That was back in 2002 when it was an Under-19 event and involved only three host cities as Edmonton, Vancouver, and Victoria shared the hosting duties. The event was won by the Americans with Canada finishing in second place with the likes of Christine Sinclair, Erin McLeod, Candace Chapman, Carmelina Moscato, and Kara Lang announcing their arrival on the international stage in front of some large Canadian crowds.

The match schedule for the event has not been announced yet but it is slated to run from August 5-24. With more details yet to come on the event we will continue to follow the latest news leading up to next summer.

Toronto fans will certainly be happy to have games in their city for this event but it raises the question of why it was selected as one of the host cities for an event that will serve as preparation for the main event in 2015. Having the games in Canada's largest city and in the backyard of most of Canada's largest media outlets would be the obvious reasons why it is a move that makes sense for the CSA. If you look at 2014 as separate from 2015, which technically it is, then having games in Toronto makes sense.

No matter if putting games in Toronto makes sense it will certainly make a lot of our readers happy and hopefully it will mean a lot of the fans who came out on Sunday come out to provide large crowds for the event regardless of what teams end up in Toronto.

Along with announcing the host cities the CSA unveiled the logo for the event. 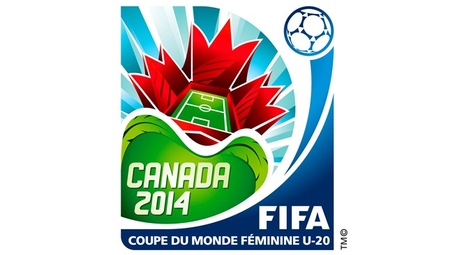