My rendezvous with Rugby Canada

I recently watched Canada qualify for the World Cup at BMO Field. The only problem was that it was in the wrong sport. The result of seeing Canada reach the 2015 IRB Rugby World Cup is that my dream of seeing the same thing happen in soccer is now even further entrenched in my mind.

Share All sharing options for: My rendezvous with Rugby Canada

On Saturday, August 24th I sat in section 106 of BMO Field basking in the summer sun and trying to ignore the sound of people experiencing the zip line at the Canadian National Exhibition. It was an afternoon that I will not soon forget since it was in some ways a dream come true.

You see, on this Saturday afternoon I fulfilled a long time dream of watching Canada qualify for the World Cup at BMO Field. It was a dream I was hoping to realize this fall had Canada managed to get the job done in Honduras and reach the final round of CONCACAF World Cup Qualifying but that was just not to be.

What I got instead was the chance to watch Canada claim a place in the 2015 IRB Rugby World Cup thanks to a 13-11 win over the United States in the second leg of their qualifier. It was not the fulfillment of my exact dream but it was still special to witness a group of elite Canadian athletes fulfilling their dream of reaching the World Cup. 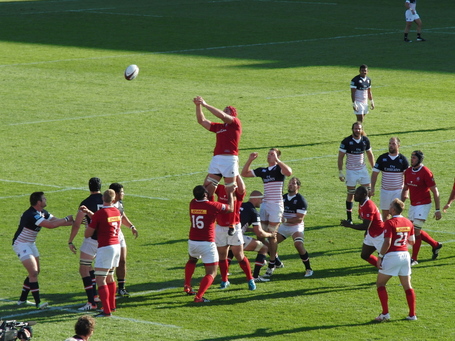 By watching Rugby Canada celebrate not only clinching a place in the World Cup but also the CANAM Cup my desire to one day witness the same for the Canadian Men's National Soccer team has only grown stronger. This time there were only muted celebrations on my behalf as what I really longed for was to jump and sing until my body could no longer perform either action with the many Voyageurs who I have gotten to know through the few highs and many lows of supporting Canada from BMO Field's south stand. That was lacking for me on Saturday afternoon despite the fact that Rugby Canada's recent achievements in the sport are something that deserve to be celebrated.

The main reason why watching Canada celebrate on Saturday left me feeling a bit empty inside is the fact that I have spent my entire life being a soccer fan but rugby is still a fairly new sport to me. This was the second time that I had ever attended an international rugby game and one could probably count the number of games I have watched on tv with their fingers and maybe a couple of toes. I only became interested in the sport in the first place because the woman who I am now married to loves it and played it through High School and a bit in University.

I have enjoyed my initial forays into the world of rugby with the highlights thus far all coming from watching Canada in action. I ended up attending my first game back in 2011 when I bought tickets for the CANAM series as a birthday gift for my then fiance. It proved to be an enjoyable day out with a decent crowd and though it was not as much fun as a soccer game it was certainly something that we both enjoyed doing together.

My first taste of the Rugby World Cup came late at night in 2011 when I decided that watching Canada defeat Tonga 25-20 was better than sleep. I continued to watch as Canada clawed to try and make it out of their group right up until the crushing 79-15 defeat against New Zealand which ended Canada's World Cup run.

After watching that World Cup unfold and admiring the ability of some of the sports top nations I was hooked. It was not a full blown obsession with the sport but it was enough to keep me interested enough to know that last Saturday's game was not one that I wanted to miss.

The game itself was not the most thrilling of contests as Canada came in just needing to avoid a total collapse having won the first leg by a comfortable 27-9 margin down in Charleston, South Carolina. That win meant that Canada had a 18 point advantage heading into the game at BMO so all they needed to do was grind out a close result and they would be on their way back to the World Cup. 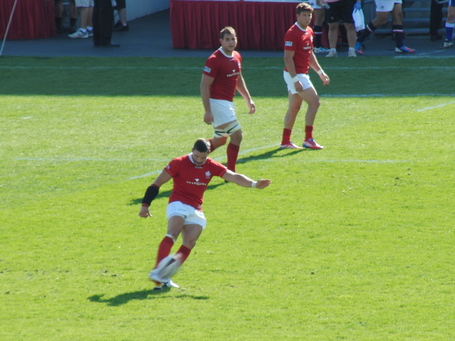 Canada started a strong lineup though and despite some early struggles looked like a team that had no interest in just getting the job done. They were focused on getting the win despite the best efforts of the official to get in their way. The game featured plenty of moments to bring fans out of their seats, a whole lot of whistles to break up the flow, some solid tackling, and a number of missed kicks. With the 13-11 final score it was not exactly a thriller but it was more than enough for Canada to get the job done as they wound up winning 40-20 over the two games.

In some ways I enjoyed the game more than I could ever enjoy watching the Canadian Men's National Soccer team play. I was able to watch without the stress that comes from waiting for things to go horribly wrong and for the dream to come crashing down. It was refreshing to watch a World Cup qualifier where Canada was actually the favourite and played like it for most of the match.

The years of letting CMNT get my hopes up only to see them dashed have led to me being in a place where it impacts the way that I watch games. I am still able to support the team and I still dream of them one day getting the job done, but there is that feeling in the pit of your stomach that tells you it is all going to come to a screeching halt at any moment and we will be forced to wake up and wait for another round of World Cup qualifying for the dream to begin again. 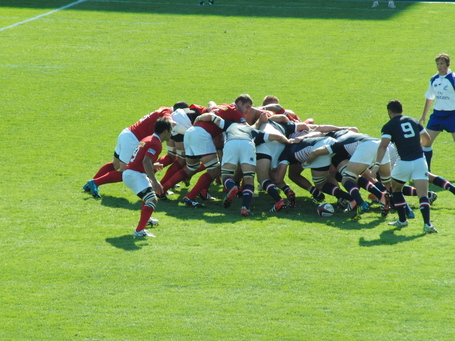 I don't have that with Rugby Canada because they have never gotten my hopes up or disappointed me by failing to live up to my dreams. In the short time that I have followed them they have been exactly what I expected of them, a country capable of reaching the World Cup but not in position to challenge the top nations in the World. I am perfectly happy with that description and it is even better when you add in the fact that they are showing steady signs of improvement in the program the past several years.

The way that I view Rugby Canada is actually how I dream about one day describing that soccer team I love so much. It is all part of that dream of mine which goes beyond simply being a country that makes it to one World Cup and then has to wait another 30 plus years just to get back to the event.

The dream is to see Canada consistently making the FIFA World Cup and at least making a push to make it beyond the group stages. Not even I am delusional enough to dream of a World where Canada can rival the recent success of Spain but just having them consistently being in the World Cup and making progress would be a dream come true.

I got a small taste of that dream on Saturday but that little bit of emptiness will almost certainly not go away until I see the same thing happen for the sport that I have grown up loving. My adopted sport just is not the same.