It may only be two games into the season but Doneil Henry is starting to look like a very good CB as he is already answering a lot of questions marks that surrounded him heading in to the 2014 season.

Coming in to the new MLS season Toronto FC fans had a short list of concerns about the team.  There were a wide variety of ways in which supporters felt things could go wrong but one of the items that seemed to consistently come up was the ability of the team's central defenders to get the job done.

The concern was not about the abilities of Steven Caldwell as he has shown in just half a season with the club that he was the sort of defender that TFC had long been lacking.  He was a proven presence on the back-line and more importantly he showed the ability to be a leader and organize those around him.  He seemed to be the one sure thing at that position with the only worry being what would happen should he miss any stretch of time through injury.

It was Doneil Henry who many fans were unsure about heading into the season.  The club had brought in upgrades all over the pitch but they did not bring in anyone to challenge Henry for the second starting job at centre back.  For the first time in his MLS career it was clearly his job to lose.  That was a lot of responsibility for a team thinking about making the playoffs to hand to a 20-year-old.

Henry seemed to get the message though and made the most of his offseason.  Rather than using the time off to relax and hang out with friends he kept himself busy.  At the end of the season he joined the Canadian National Team for camp before heading to England for a training stint with West Ham.  It was nearly Christmas by the time he was back in Canada and actually had time away from the field.

Not only did Henry continue to train as much as possible over the break he also seems to have spent a lot of his time in the weight room.  He always had the height to be a good CB but early in his career he lacked the size to really be a force at the back as his slight frame allowed stronger forwards and other team's defenders to push him around a bit too easily.  He bulked up this offseason though and is suddenly looking exactly like you want your CBs to look.  He is big, strong, and capable of being just a little bit mean.

Just by looking at him you get the sense that over the offseason Doneil Henry went from being a teenager just learning the game and getting his feet wet to being a grown man who is now ready to compete at the highest level.  The days of talking about his potential and promise to one day be a good CB were out the window and he was ready to deliver now.

That did not stop fans from wondering about his ability to get the job done in 2014.  Being a starting CB on a playoff calibre team is not an easy job and if Henry had come into this season playing like he did for stretched of 2013 he probably would not have been up to the task.

He had the physical tools but it was the mental side of his game that worried people in the past.  Learning when to step in and challenge and when to back off.  Learning when to go to ground on a challenge and when to stay on his feet.  Some mistakes will always be part of the game but learning to limit them and keep them to less dangerous areas were key to his development.

It is only two games into the season but there seems to be this spreading narrative that Henry is the weak link for Toronto FC.  This narrative is not coming from TFC fans anymore though but rather from members of MLS media including those working on broadcasts.  The problem is that it is just plain wrong.

Two games into the season and not only is Henry proving he is not the weak link for this squad he has actually shown that he is one of the best players.  Yes, he made a mistake that played a part in Clint Dempsey's goal but outside of that his mistakes have been few and far between.

If his attempted tackle on Lamar Neagle was a poor decision his choice to step up and keep the ball in the Seattle Sounders half earlier in the game was a very good one as it led to the opening goal.  Part of the pressing system that Ryan Nelsen has the team playing is going to include defenders having to decide when to step up and when to fall back.  Sometimes it works for you and other times you get beat but early in the season Henry is making the right choice more often than not.

His play on the field was certainly passed the eye test and his numbers back it up.  He was very active against both Seattle and D.C. United with Opta crediting with over 60 events in each game. 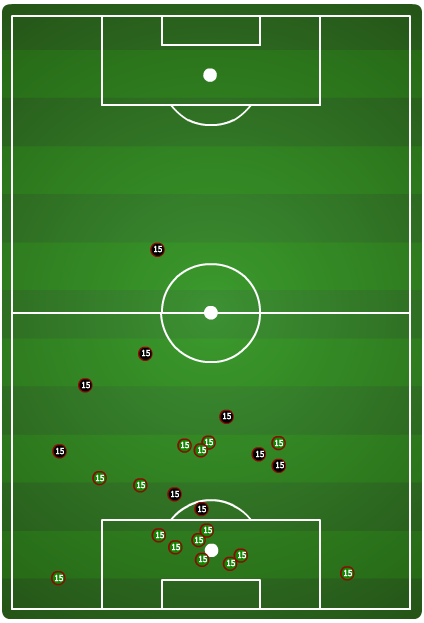 His play against Seattle saw him very active in making clearances.  This is no surprise given the way that the game played out as Toronto spent a large amount of time under pressure and the defenders we left clearing the ball away from danger on a regular basis.  All of his 13 clearances came in TFC's defensive third of the field as he led the team in that category.  He added 2 tackles won, 6 recoveries, 2 interceptions, and 1 block to round out a solid defensive performance. 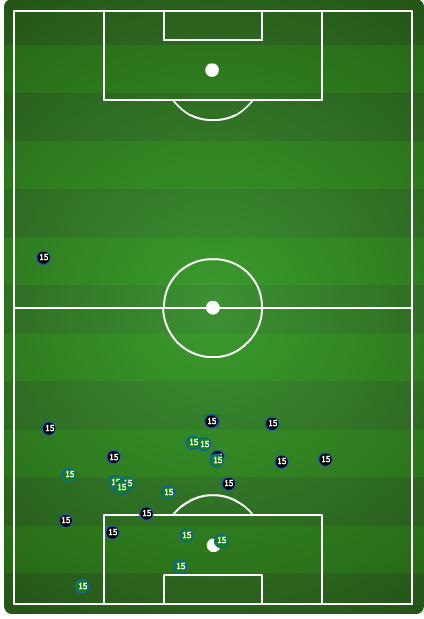 It was a bit different against DCU in the second game of the season as Henry was more active with his interceptions.  He was again kept busy making 11 clearances which once again lead the team but his 8 interceptions jump out as the more impressive figure.  His ability to cut off passing lanes and make life hard for DCU as they tried to create chances was on full display as his 8 interceptions easily led the way for TFC.

If those numbers are not enough to turn your head then consider where Henry currently stands in WhoScored.com's rating system.  Through the first two games of the season he has an average rating of 8 which is the highest for any TFC player (Defoe is at 7.97) and is third among MLS defenders trailing only Victor Bernardez and Norberto Paparatto.

The numbers line up with what you can see by watching the games.  The question is just how long it will take those around the rest of the league to take notice.  With so much attention on Defoe and Bradley it may take some time but for TFC fans seeing Henry blossoming in to a very good defender is surely a welcome sight.