Enjoy your nightmares about giant snowy owls! The mascot for the 2015 Women's World Cup in Canada is here!

FIFA would like you to meet Shuéme, the snowy owl who is going to haunt your dreams. 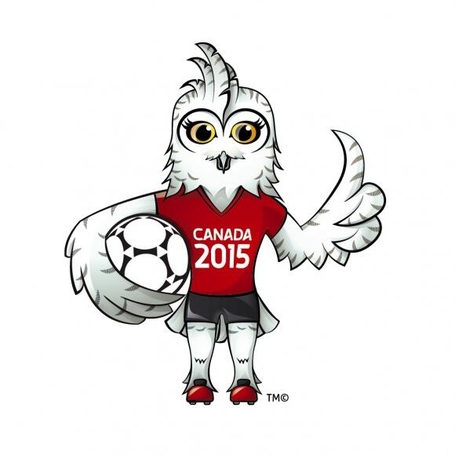 The snowy owl was unveiled as the official mascot for the 2015 FIFA Women's World Cup in Canada and joins a long history of strange looking animals being chosen to represent the World Cup.  Shuéme will certainly not go down as one of the most famous mascots in World Cup history but at least Canada has avoided being attached to a mascot that will be famous for all the wrong reasons.

They have clearly designed the owl to have a feminine look which makes sense given that she will represent Canada at a Women's World Cup.  Her long eyelashes and slender figure may bug some but as far as mascots go it seems to be a solid one.

The good news is that the photo version of Shuéme is actually worse than the real version that fans will probably be seeing a more of over the next year.

Just remember that owls are nocturnal so when you go to bed at night Shuéme will just be waking up to watch you sleep.