Well this came out of nowhere really didn't it. Usually there's chatter that it's coming and leaks beforehand when a new kit is being revealed, but that only started 2 or 3 days ago at most and now here it is. Canada's new home kit, one that will be worn by the men and women's teams for the near future.  Here it is. 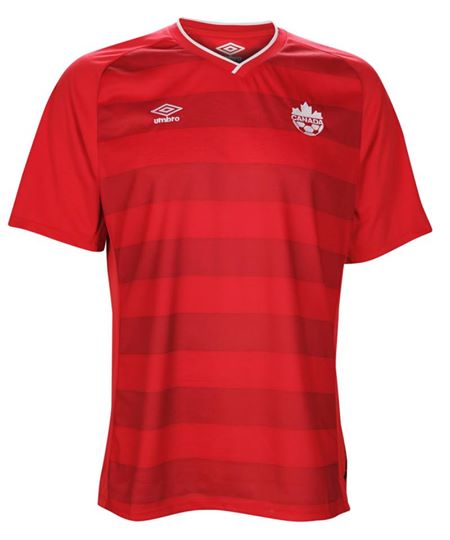 The good news is that once again it's a simple design that avoids the temptation to go garishly Canadian and cover itself totally in maple leaves which is something TFC sadly can't avoid. There a few little embellishments, a flag on the back under the collar, the O Canada soundwave again (in black this time) as well as something under the arms that I don't quite understand but that Umbro calls "a maple leaf calling out the laser cut eyelets for breathability on the side seams.", but they're few and far between and varied and somewhat interesting so I'm ok with that.

The jersey, which will be worn by all Canadian National Teams moving forward in what will be a busy and exciting year of soccer, will continue to focus on performance, made of 100% spun polyester for comfort and moisture management. The jersey has a horizontal sublimated color pattern that will provide subtle contrast and interesting visual detail. The jersey has displaced side seams and an under arm panel for added comfort and performance. Continuing to feature the "sound wave" embellishment that has become a staple of the kits, Umbro has added a back neck Canadian flag and a maple leaf calling out the laser cut eyelets for breathability on the side seams.

I do of course love a simple clean jersey, no sponsor or crazy pattern so I'm again satisfied, this time it's hoops, Red and, erm, darker Red (none more red?) and I think the collar is an upgrade on the last version, so I'm quite happy really. Good job Umbro, I'll be buying one, which you dear reader will also obviously be doing, and can do right here.

The other good news though is that you might not have to buy one. As rumoured previously by Dave, I can confirm we'll have 2 of these to give away through some contest, news of that here once we come up with an idea of what that contest should be.

For now though, as is traditional when this sort of thing happens, give us your verdict below. Here's some other pictures of some of the details. 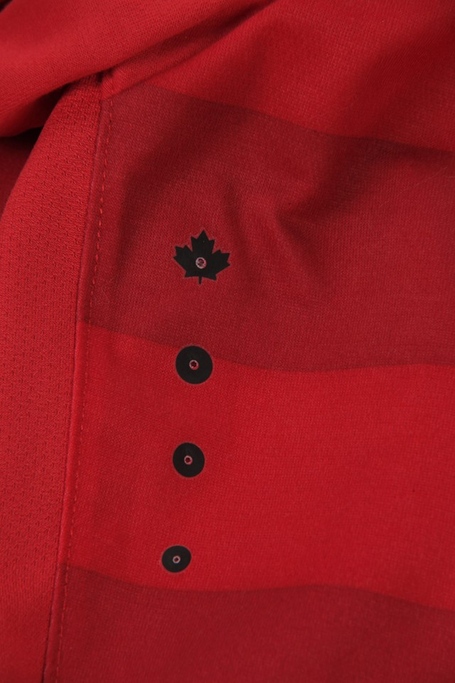 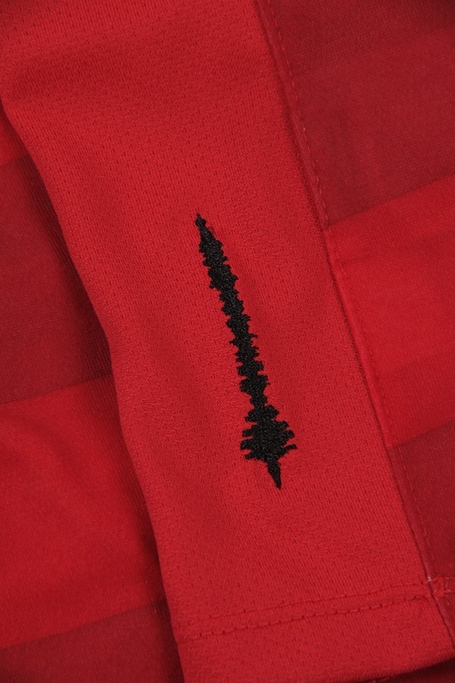