This isn’t ‘typical Toronto’ - TFC are a new breed, and they’ll be back

The MLS Cup loss was as painful as it gets, but the Reds of 2016 should be remembered with pride.

Share All sharing options for: This isn’t ‘typical Toronto’ - TFC are a new breed, and they’ll be back

It’s tempting, while the wounds are raw, to start assigning blame.

Greg Vanney, for the first time this postseason, did not use his substitutes to great effect. Bringing on both Will Johnson and Benoit Cheyrou for the more attack-minded Jonathan Osorio and Armando Cooper might have taken something out of Toronto FC’s search for a goal. Tosaint Ricketts should have seen the pitch sooner, and should have replaced someone other than the team’s best penalty taker (though we now have an explanation for that). 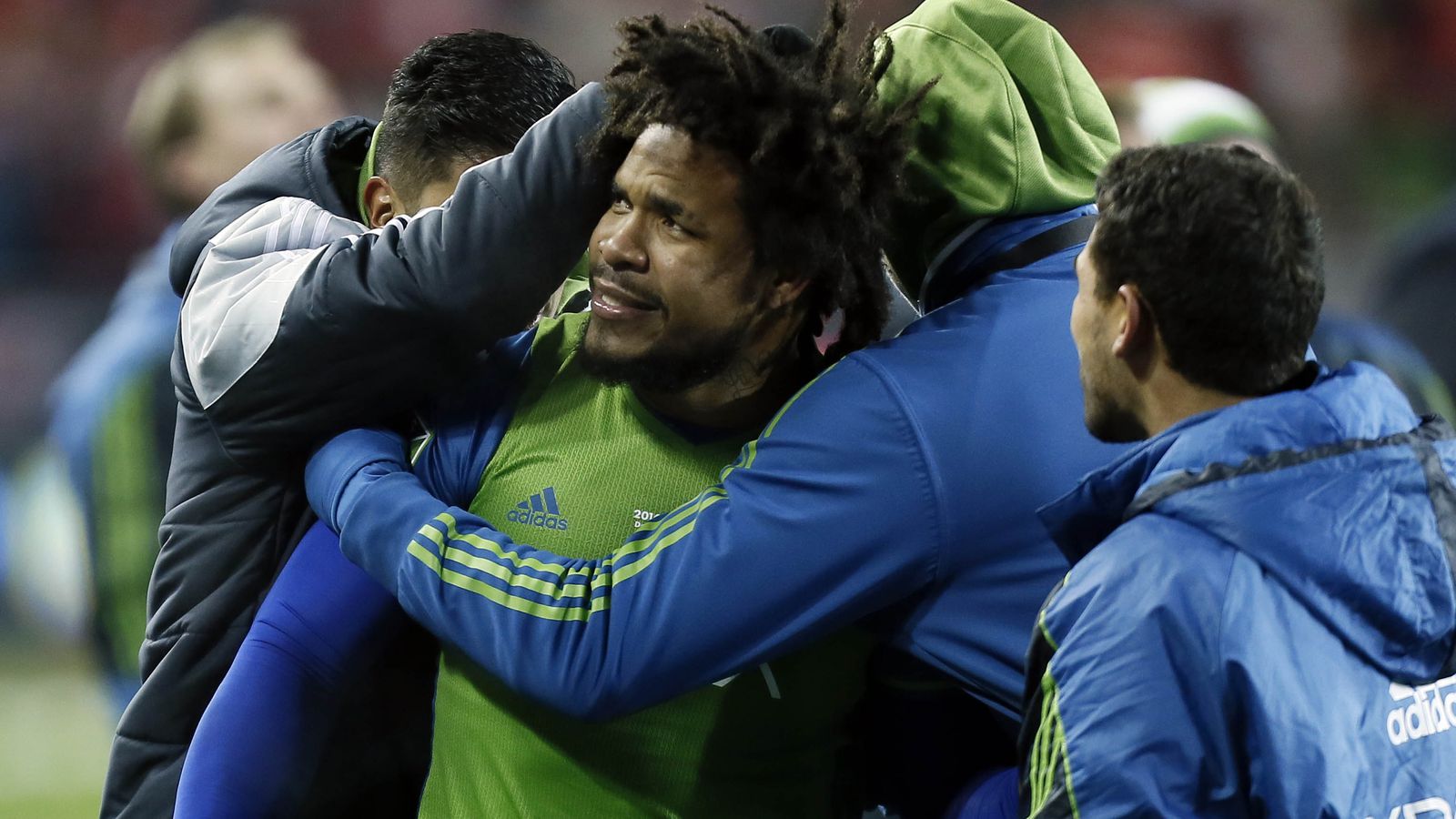 The Reds dominated much of the game at BMO Field but could not find a goal, and they paid for it in the toughest manner possible.

The referee, Alan Kelly, kept his cards in his pocket at the expense of the game’s best players. Only Bradley, Chad Marshall and Joevin Jones were booked despite the fact that Osvaldo Alonso committed five fouls, Cooper four and four other players (including Jones) three each. The match had 40 fouls in total - more than in the rivalry game that also went to extra time against the Montreal Impact - plus some blatant non-calls, which could have been avoided had Kelly taken a firmer stance early on.

It affected Nicolas Lodeiro as much as Sebastian Giovinco and Jozy Altidore, but was certainly to Seattle’s benefit, as the team doing most of the defending, rather than Toronto’s.

There’s 200 words on things we can blame straight off the bat. It’s easy, it’s satisfying, but it’s not what this year or this team has been about.

I’d rather talk about Bradley’s best performance of the year in central midfield, which almost certainly would have earned him the MVP award had Toronto won. He had more touches (128), played more passes (95), created more chances (two) and made more tackles and interceptions (12 combined) than anyone else on either team.

I’d rather talk about a team that, for all its supposed defensive weakness, conceded one playoff goal in 420 minutes of play outside of the crazy Montreal tie. A coach that, having struggled to strike upon something that consistently worked in the final month or two of the regular season, largely nailed it in terms of both tactics and team selection when it mattered most.

And I’d rather talk about what these players have achieved; how Morrow, the victim of the shootout, turned in the best season of his career to date, and how Altidore became the first player in MLS history to score in every single playoff game until the final.

You’re going to hear a lot of people talking about this match as a typical Toronto ending; another chapter for this city’s lengthy book of sporting misery. Pay no attention to it.

Sure, it was cruel to see Bradley play so well and then hit such a tame spot-kick. Of all people, it was ex-TFC goalkeeper Stefan Frei who played the most significant role in Seattle’s victory, ending Altidore’s scoring run at five consecutive games with a minor miracle of a save in extra time that saw him named the MVP.

But this Toronto FC team’s dream of lifting the trophy that now belongs to the Sounders was not built on anything false or fundamentally flawed. This was not a postseason run salvaged by MLSE, the front office or the coach desperately pumping air into the tires of an 18-wheeler going off a cliff.

This was a championship-calibre team that is going to have to wait another year for the trophy to prove it. They restricted a Seattle side that had blown through the Western Conference from the halfway point of the season onwards to three shots in 120 minutes, not a single one of which was on target, but it wasn’t enough. The team that always scores mustered up 19 shots, 10 of which came from inside the box, but couldn’t find a way through.

That can happen in a one-off game like the MLS Cup final, and it’s going to hurt for a while. But soon, a team that is primed to be a contender for as long as they can keep their current core together will be back for preseason hungrier than ever, and there’s nothing ‘typical Toronto’ about that.

Toronto FC vs. Seattle Sounders: All our MLS Cup coverage