I just wanted to write up a quick overview of my thoughts on the match. These are my opinions, and I am open to discussion. I would have liked to include footage from the game to back up some claims; however, I was not planning on writing this before the match. Once again, these are my takeaways from the game, and I completely understand if some have differing views. 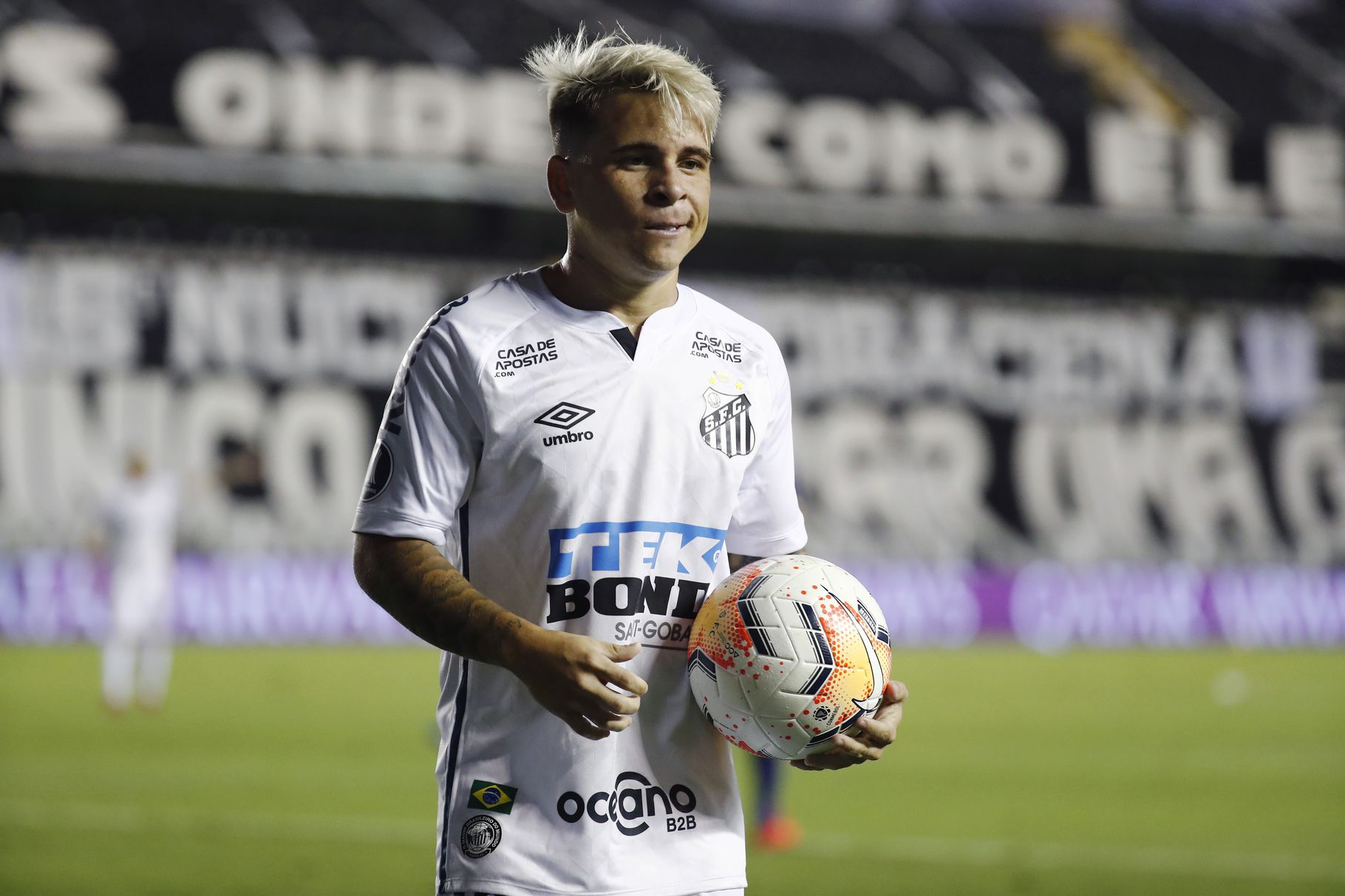 Nelson has talent on the ball, but unfortunately, it doesn't seem like he's ready for a starting role on an MLS side with championship aspirations. TFC did an excellent job providing Nelson with opportunities to attack the VWC full-back, but Nelson could not capitalize. Nelson only travelled an abysmal 12 yards in 45 minutes, and only 1 yard was made towards the VWC goal. Additionally, he seems to want to pick up the ball in central areas, but he needs to do a better job timing his runs into that space. Soteldo should be able to do a better job of creating chances and scoring goals with the same service. 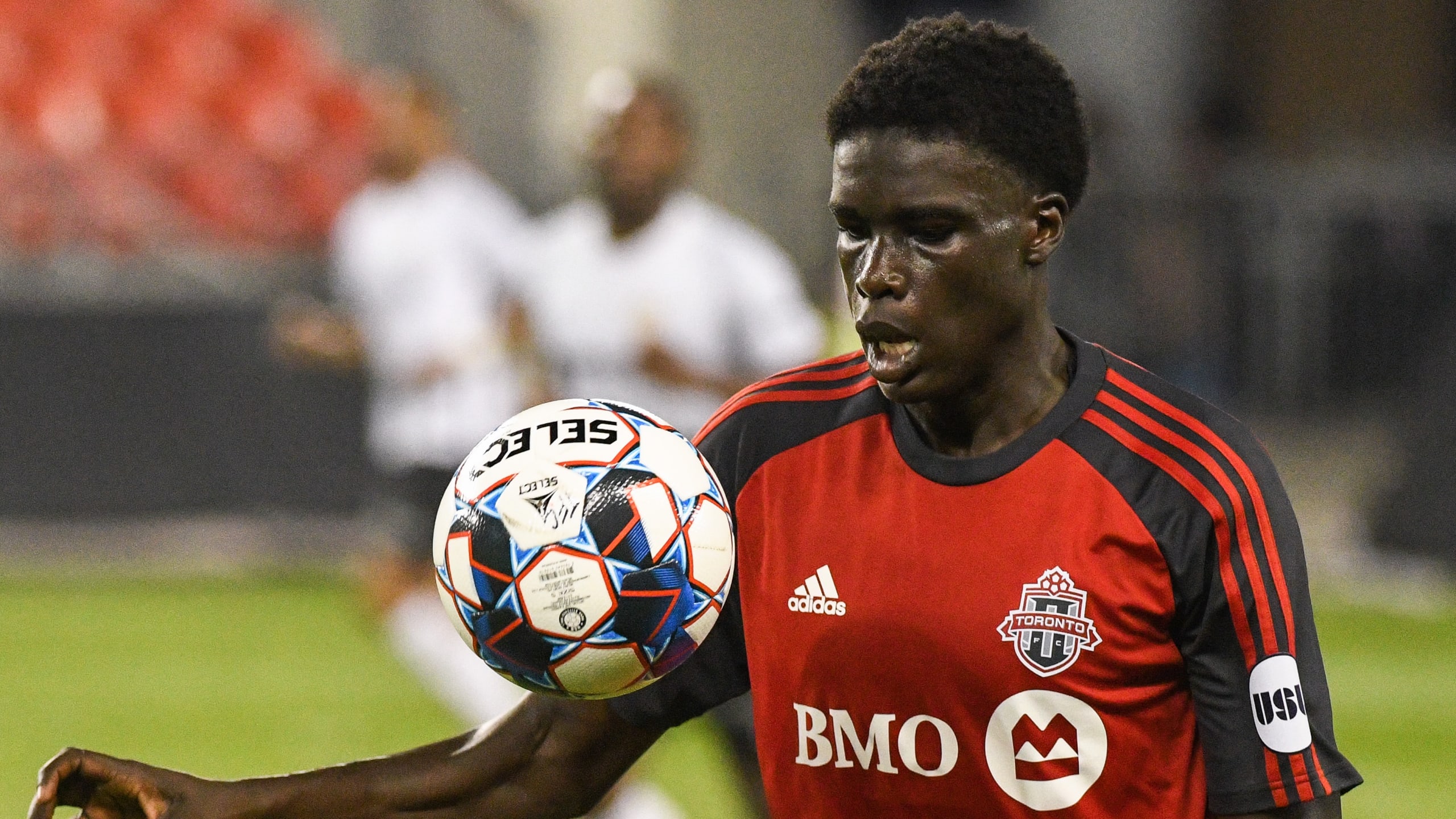 Contrary to the opinion on 'Waking The Red,' I believe that Noble Okello had a composed performance in the middle of the park. Although Bradley received the ball more often and made more progressive passes, Okello completed the game with a higher pass percentage, 88.1% vs 86%. Even though Okello is known as a more attacking player, his defensive contributions were also more significant than MB4. Noble made more tackles than MB4 and won the ball back 18.4% of the times he pressured, while Bradley successfully pressured only 11.8% of the time. Okello also had more successful pressures than Bradley in the oppositions third on fewer attempts overall, something that bodes well with the style of Armas. Noble's ability to press successfully displays his intelligence on when to push and when to cover effectively.

I struggled when trying to decide whether to put MB4 in 'The Good' or 'The Bad.' On the one hand, I was puzzled by some of his decision-making during the match. He often went pressing by himself in a 'headless chicken' fashion, leaving spaces open for VWC to exploit, and this may have led to fatigue which affected his second-half performance. His decision-making on when to drop into the defence to help with build-up play was also puzzling at times (an extreme source of my frustration last year). However, after examining Bradley's underlying stats, it is hard to ignore how impressive they are. Bradleys 'Total Passing Distance', 'Total Progressive Passing,' 'Short Passes Completed' and 'Medium Passes Completed' were the best on the pitch. This is an example of the stats disproving my initial in-game thoughts.

Playing Out From the Back

Moving a midfielder backwards to create a back three and pushing up the fullbacks is a great way to play out of pressure. However, I was confused as to why the TFC midfield felt it was necessary to drop back at moments with minimal pressure being applied by Vancouver. I wish I had the video footage so that I could upload certain moments that display what I am trying to say. To anyone who can rewatch the match footage, look at 8:15 when Okello is so focused on running back to create a three at the back that he removes himself as the central midfielder pivot, making it even harder for TFC to play out. At around 61:40, you see both TFC central midfielders drop into the defence creating a back 4, just with absolutely no midfield support. In my opinion, TFC needs to do a better job picking and choosing the moments where a midfielder must drop into the backline. I think by pushing our midfielders forward, we can have a more dangerous offence as well.

Delgado & Laryea (Hear me Out) 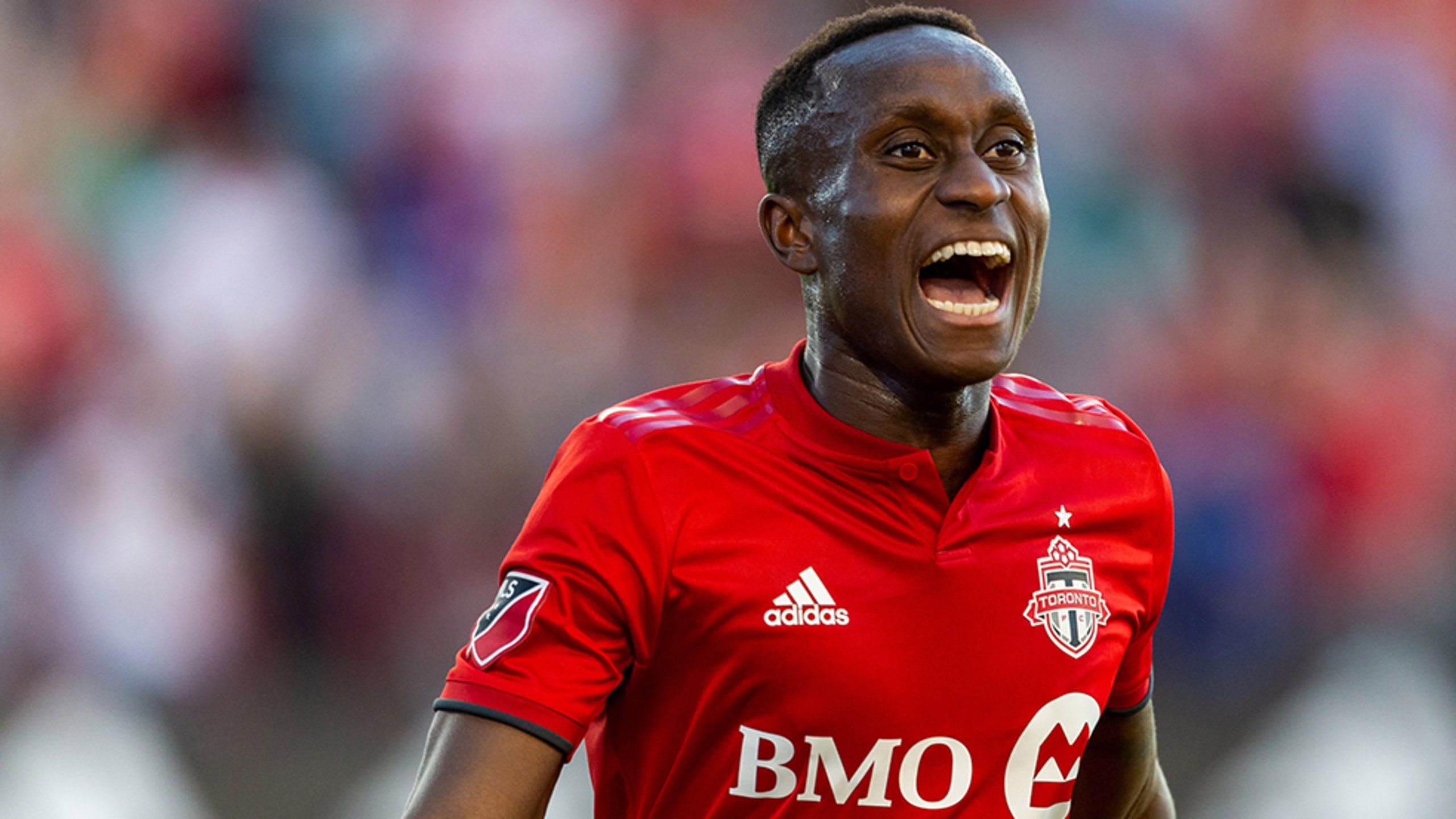 Delgado and Laryea are here not because they were not good enough but rather because they should have been used more often. Delgado did a great job dragging his marker in and leaving space behind, and when Laryea got the ball in forward positions, he was dangerous. However, Auro had a 'progressive distance' of 111 yards in 60 minutes, while Laryea had a progressive distance of 52 yards in 90 minutes. TFC did a great job giving Laryea space by using Delgado as a central winger, but they needed to involve Richie more going forward.

Progressive Distance: Total distance a player moved the ball while controlling it with their feet towards opponents goal

Unfortunately, the only reason why Mullins is here and not in 'The Ugly' is because he is realistically the third-string centre forward on this roster. During the game, I tweeted that Mullins was like a 'black hole' for TFC. The underlying stats back up these claims. Mullins only completed 58% of his passes. He completed seven passes in 1 hour of football. It's just not good enough.

In: Morrow Out: Nelson 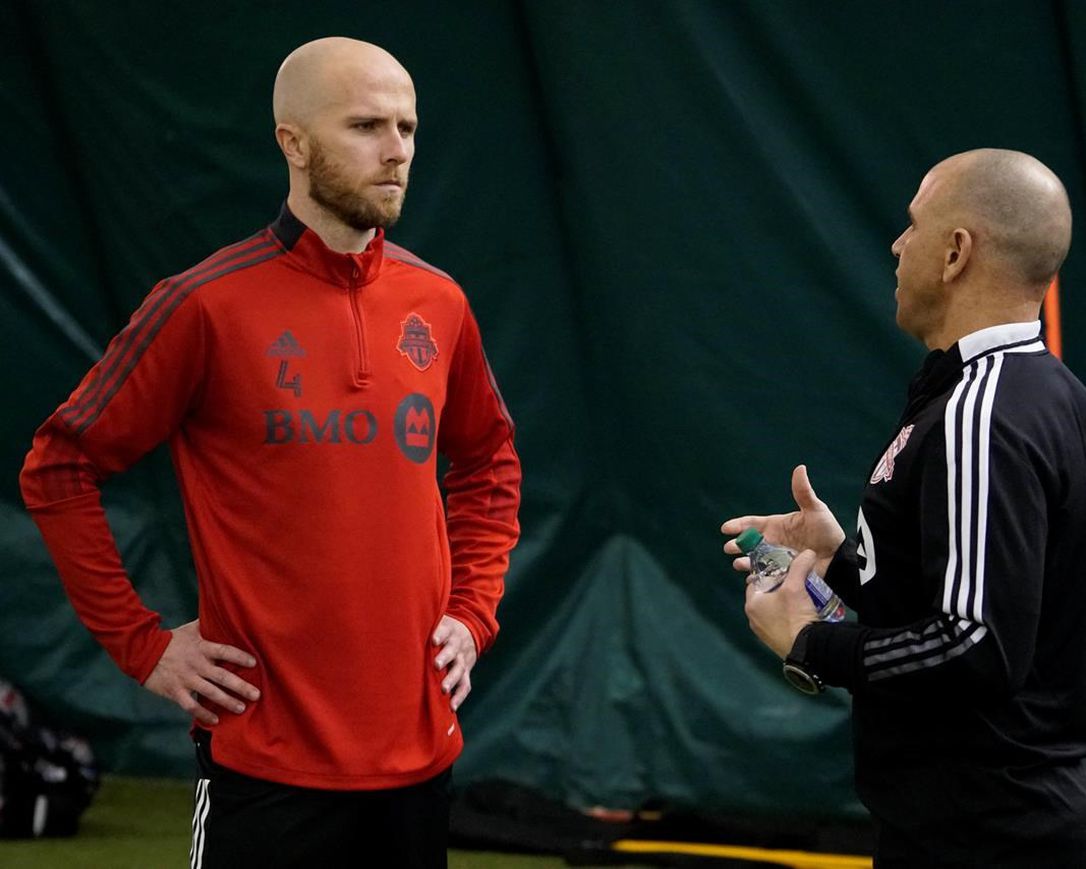 I agree that Nelson was not offering much of a threat but was Morrow supposed to provide that attacking instinct? We had actual wingers on the bench, but Armas decided to trot out Morrow at left wing for 20 minutes. I can understand making that change to preserve a lead for the final 15 minutes of a game, but I'm not sure what the thinking was behind this sub. 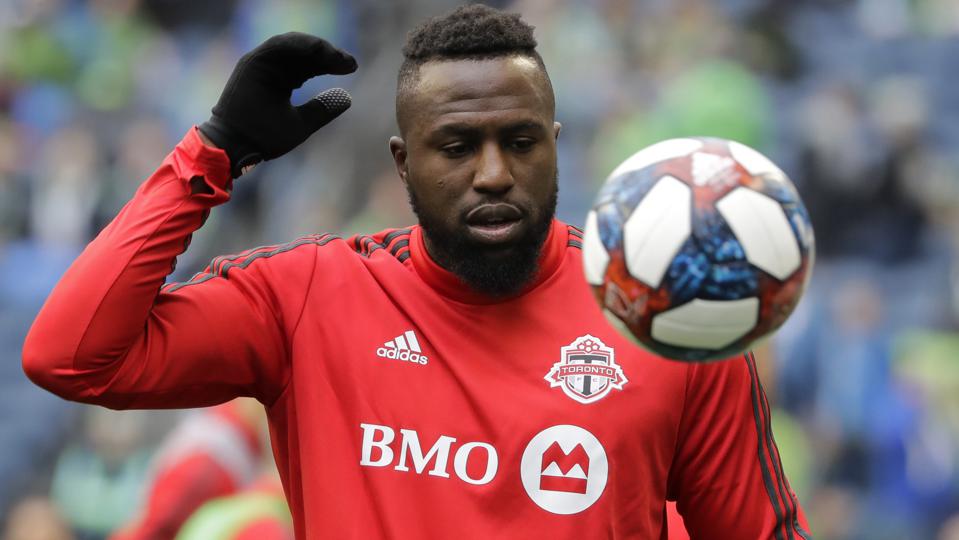 Even at the level Jozy played at, it is clear from the underlying stats that Jozy is a much better footballer than Patrick Mullins. Both created absolutely nothing going forward (XG Altidore=0.0 Mullins=0.1); However, Altidore, in the 30 minutes he played, completed more carries and dribbles than Mullins did in an hour. Jozy also completed all 9 of his attempted passes. Jozy is in 'The Ugly' category because, ultimately, his performance was so far below the expected minimum for a designated player. It will be hard for us to win games without Jozy firing.

Thanks for reading and feel free to disagree. I have previously worked with two European soccer teams providing video analysis but COVID has suspended their seasons so I have some more time to watch my home town team and thought doing this would be fun. In the future I would like to be able to use images from the game to further support my points. Hoping for a better result and performance Tuesday.

More from Waking The Red