With Toronto FC in need of a goal on Wednesday night, there are few better lineup additions they could make than their two first-choice strikers. The TFC side that plays the Columbus Crew in the second leg of the Eastern Conference final will be wildly different from that which drew 0-0 last week - in both shape and potency.

Sebastian Giovinco and Jozy Altidore will be back at BMO Field, thankfully. That’ll give the game a bite it was missing last week. Their return also means TFC can go back to their preferred 3-5-2 formation. All in all, things should be a lot more comfortable (in one sense; there’s still a lot of pressure on the team).

Toronto FC vs. Columbus Crew: What to watch for

Anyway, here’s the likely starting XI Greg Vanney will send out on Wednesday. It’s a more attacking look for a team that needs to score (and preferably early).

TFC are going to rely on Bono to Save the Crew. Yes, I used that joke last week, but nobody noticed it and I think it’s great so I’m using it again (sorry. Also, I do really hope the Crew are saved - all the fans I met down in Columbus last Tuesday were lovely, and they don’t deserve to lose their team).

Back on topic: Bono is excellent, and one of the keys to TFC’s success. It’s crucial that he’s on his game on Wednesday, as it always is.

It’s pretty telling that Vanney chose to put Zavaleta in instead of Nick Hagglund last week when he wanted to revert to a back three. We probably know now what the pecking order is in the boss’ mind.

I’m pretty confident in that back three; Moor and Mavinga were good in Columbus, although Bono did have to clean up a couple of messy situations. Generally, both have proven to be excellent defenders at this level, especially in scenarios where TFC need to avoid being scored on at all costs (as was the case against NYRB and may repeat itself on Wednesday).

That said, I would probably prefer to see Hagglund in the lineup, for one reason only. Columbus attempted 14 crosses in the game last week (to TFC’s 12), and they won 64% of the aerial duels on the night. That’s Hagglund’s stomping ground. Although Bono did an excellent job claiming corners and such, it would be nice to have a stronger aerial presence in TFC’s 18-yard box.

Yes, I know. This midfield, particularly the central three, has hardly changed all year. Marky Delgado has owned that RCM spot for months, so why would Osorio get it now?

Frankly, Oso was just better than Delgado last week. He made more passes (62 to 33), with a higher completion rate (93.6% to 81.8%). He made a tackle, an interception and a clearance to help the defensive effort. Osorio also probably provides a little more offensive flair for a team that wants to score early.

Unfortunately, Oso did turn the ball over a few times later in the game. I can imagine either Delgado or Benoit Cheyrou might come in to replace him at some point if TFC get a lead.

As for the right side, pretty much the same story. TFC need to play an attacking game and Hasler is a better attacking player than Steven Beitashour. The Liechtenstein international is faster and more creative player and was one of TFC’s most dangerous players in Columbus. He definitely deserves another crack at the Crew.

Thank God. I’ll let Oli do the talking on how important these guys are to this game (hint: very). 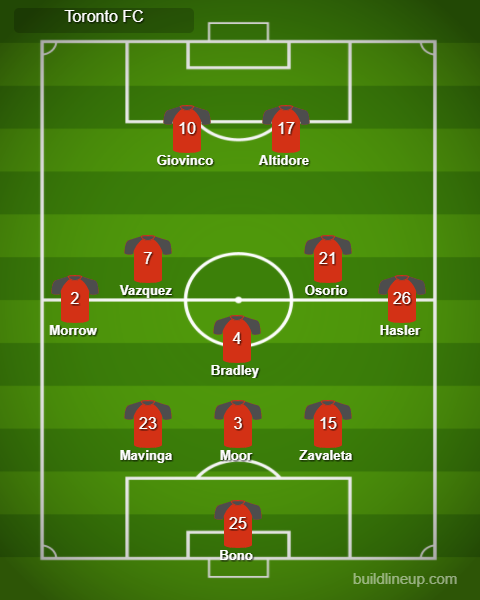 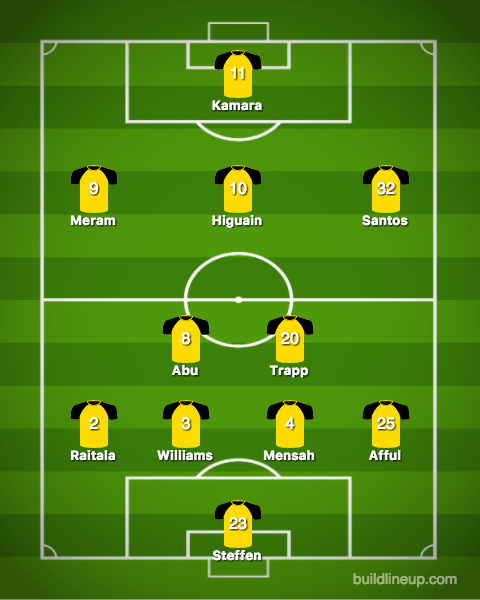