Justin Morrow gets back in his groove after emotional month

After one of the best moments of his career at the Gold Cup, the wing-back admitted finding the transition back to club football difficult.

Share All sharing options for: Justin Morrow gets back in his groove after emotional month

Every weekend, we watch our favourite soccer teams play and pick apart player performances - whether with friends at the stadium, on Twitter or on a website like this one.

We talk about how good we think those players are, whether or not they are working hard enough and how well suited they are to the tactics of the coach.

But we don’t often consider players’ real lives and emotional states and how that might impact the way they play. Perhaps because many of us see those few hours at the match as an escape from the stresses and anxieties of our work, personal relationships and so on, we assume the same is true for the players.

It is not as simple as that, though. Hours of preparation go into every single game they take part in and if that is thrown off, performances suffer. It’s why Toronto FC place such an emphasis on ensuring new signings, especially those from outside North America, are settled in the city quickly and provided with everything they need.

Few players will ever open up about those challenges out of fear of being labelled mentally weak or accused of making excuses. 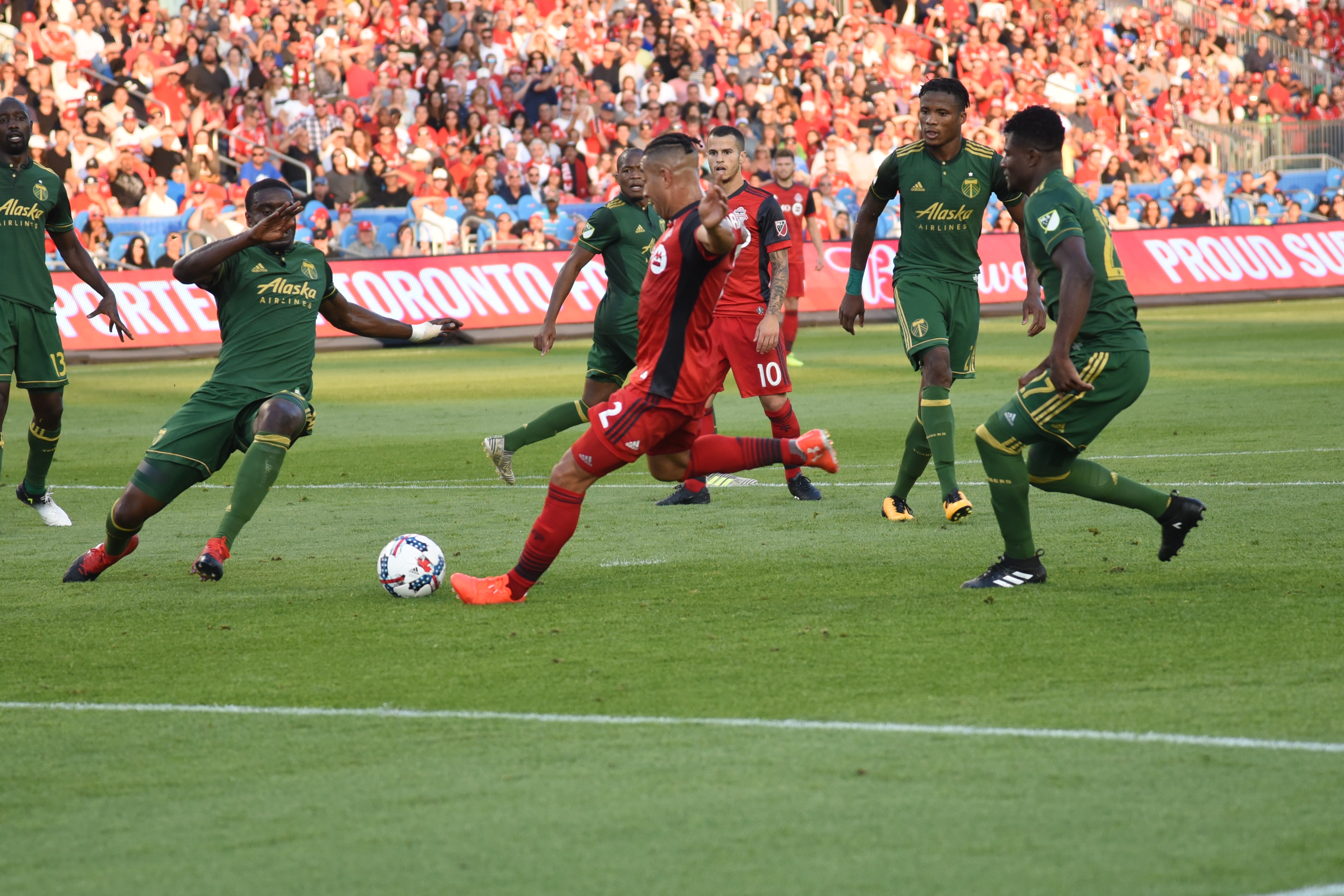 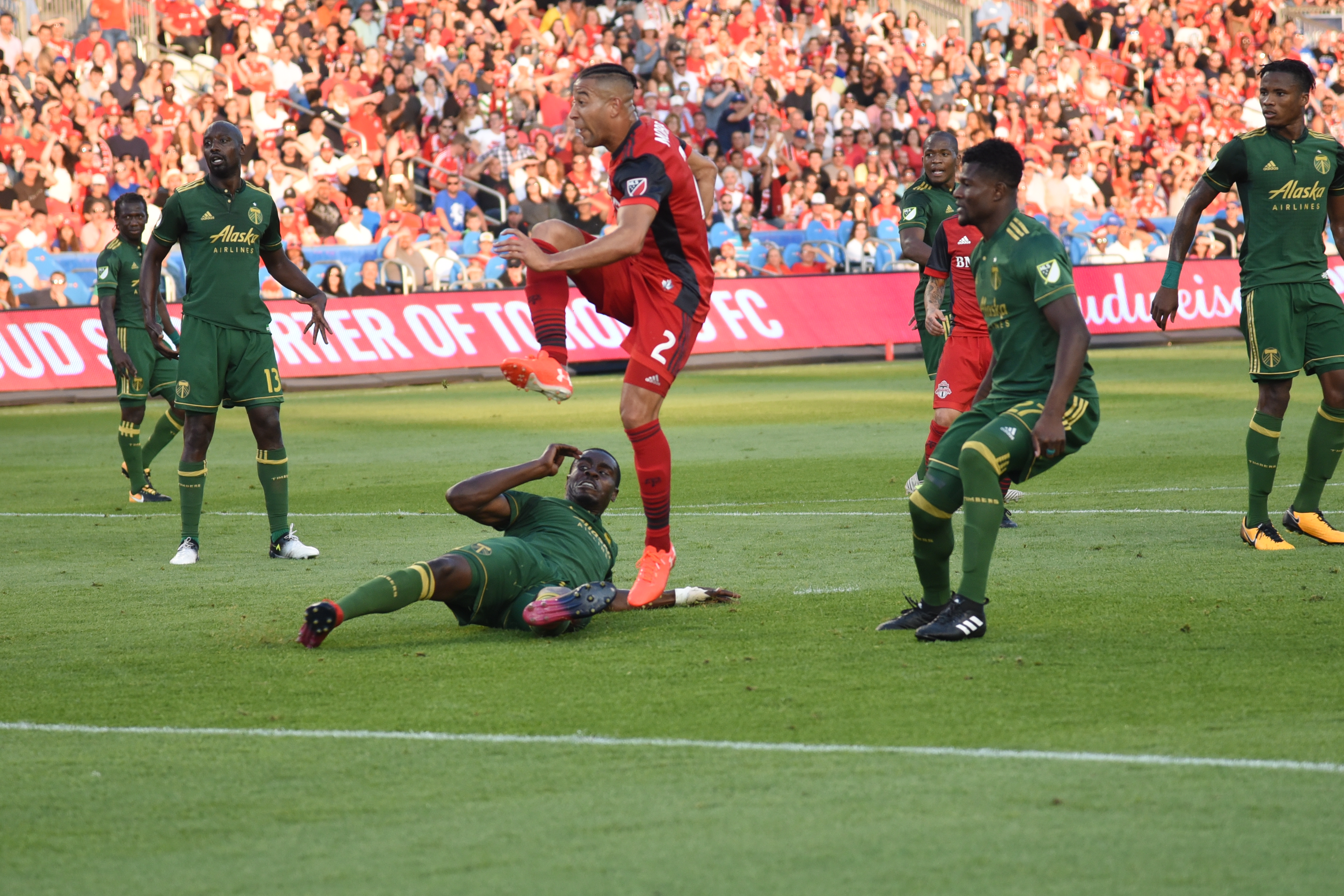 So while Justin Morrow was not looking for sympathy when he spoke to the media after scoring twice against the Portland Timbers - “I’m not making this a sob story at all,” he remarked - it was engaging to hear him talk about how the past month or so had knocked him slightly out of his stride.

It is not that Morrow has been especially bad since returning from the Gold Cup, or - as far as he indicated - that he has been dealing with anything serious.

Things were just not quite what he was used to and the absence of his usual combination of aggression and precision was apparent in a game, against D.C. United, when Toronto were in particular need of a threat from out wide.

“Honestly, I don’t think I was having the easiest time when I came back from the national team,” Morrow said. “It’s hard to put into words how difficult that is for someone who hasn’t been with the national team in a while. To have that big moment winning the Gold Cup and playing for the national team for the first time in four years was a big moment for me.

“Honestly, I don’t think I was having the easiest time when I came back from the national team. It’s hard to put into words how difficult that is for someone who hasn’t been with the national team in a while.” - Justin Morrow

“And then to come back here and transition… I give Mike [Bradley] and Jozy [Altidore] and these guys a lot of credit, because they’ve been doing it [throughout] their careers and it shows how good they are at it, but it wasn’t easy for me. It feels like a weight off my shoulders to get the goals tonight and help the team.”

Morrow’s two shots on target against Portland, both of which ended up in the back of the net, were his first since his last goal against the Columbus Crew in May. He had only played five MLS games since, leading into Saturday’s, due to his USA call-up.

He was still away for the 1-1 draw against the Colorado Rapids and Toronto missed him. After going off injured against New York City FC, he returned to face another defensive team in D.C. and did not complete a single one of his season-high six cross attempts.

It’s an exaggeration to say Toronto become predictable when they don’t have a threat from wide given the talents of Sebastian Giovinco, Jozy Altidore and Victor Vazquez, but it does give opponents a clearer, more achievable idea of what they need to do to stop them and create counter-attacking opportunities.

Which makes Morrow’s return to top form and the bright performance of Nicolas Hasler very good news ahead of next weekend’s showdown with the Chicago Fire.

“The more we can create opportunities and create good opportunities wide, it makes teams respect the full width of the field, it makes them respect our ability to attack outside and then come back inside and vice versa,” Greg Vanney said. “Justin was very aggressive tonight, which is the Justin that we’ve been used to seeing all year.”

The way Morrow celebrated his first goal said all you need to know about how much he needed it. “Emotionally, it’s big ups and downs, right? Well, not so much downs, but you just have to get back into a routine,” he added.

“I was in a hotel for a little bit over a month, changing cities every three days, that’s something I’m not used to. I was away from my family - and listen, I’m not making this a sob story at all, it was one of the most amazing moments of my life, it’s just been difficult for me.

“There’s a lot of different things to it, but just to be able to get back with the team here and know that we’re fighting for something, that was important.”