That Night in Mexico: Making sense of Tigres vs. Toronto FC

Share All sharing options for: That Night in Mexico: Making sense of Tigres vs. Toronto FC

I am the master of my fate, I am the captain of my soul. — William Ernest Henley

There was every reason for them not to do it. Nobody would’ve blamed them if they’d lost respectably; one might even say they were expected to lose.

This morning, the city of Toronto woke up to found itself the home of a world-class football club. Their Toronto FC played late into the Mexican night, fighting tooth-and-nail to the final seconds to knock Tigres UANL out of the CONCACAF Champions League.

There is no shortage of superlatives and taglines that can be attached to the 4-4 aggregate series. It was David versus Goliath, Canada and the U.S. versus Mexico, MLS versus Liga MX. It was Toronto FC versus Tigres.

Just as TFC fans remember December 9, 2017, so too will March 13, 2018 live in the club’s memory forever. In fact, yesterday has to be one of the greatest days in MLS history. This win, which perhaps even tops the New York Red Bulls’ convincing dispatch of Club Tijuana, is exactly what the league has wanted ever since the introduction of Designated Players and Allocation Money.

I can’t say I was confident going into last night. Even though TFC had a 2-1 aggregate lead from the home leg last Wednesday, I still would’ve bet on Tigres. They’re the defending Mexican champions, they have probably one of the most expensive squads in the world outside Europe, and they appeared in the final of the Copa Libertadores in 2015.

The sheer scale of the foe TFC have vanquished can’t truly be described. Tigres have won three of the last five Liga MX championships. They’ve appeared in the past two finals of this very competition TFC knocked them out of. I’ve seen global club rankings that place them as high as 24th in the world — top 100, at least. André-Pierre Gignac, who scored twice to keep Tigres alive to the final breath, played just 20 months ago in the final of Euro 2016 for France.

The combined market value (according to Transfermarkt) of all the Tigres players who appeared last night is about $57.48 million (U.S.), and the $12 million Enner Valencia didn’t even see the pitch. To compare, TFC — the most expensive side in MLS — fielded a side worth $29.7 million, of which Sebastian Giovinco counts for an entire third.

Seba is the only TFC player who would be in Tigres’ ten most valuable.

So, how did they do it? How did a relative small fish in the ocean of global football take down such a giant?

A lot of this win goes down to two TFC players. Chris Mavinga played, in my mind, his best-ever football for Toronto in this game. He made two tackles, two interceptions, and two clearances. He also put his body on the line fairly early in the game, miraculously keeping the ball out of the net with a goal-line block on Gignac:

Toronto FC held Tigres scoreless through 45 minutes in Monterrey thanks to good play from the likes of @Chris_Mavinga.

Second half is underway. pic.twitter.com/WFpJ2v2fJw

Mavinga helped out on the left flank once Justin Morrow went down, feeding Auro up that wing on several occasions. That was also crucial, since Tigres seemed to start trying to sniff around that side once they realized TFC’s substitute left wingback was less comfortable on his off wing.

TFC’s defending on Tuesday was hardly good for their fans’ health. Eriq Zavaleta, Nick Hagglund, and especially Drew Moor were all exposed brutally. Frankly, Moor looked a solid step behind the whole night, perhaps unable to keep up with the pace of the game.

Through it all, though, Mavinga and Alex Bono kept cool heads. The keeper may have allowed three goals, but he still made six difficult saves and I never once didn’t trust him to pick a cross or a high ball out of the air. He even guessed right on Gignac’s penalty, but somehow the Frenchman’s strike — which was a bit of a knuckler, frankly — skipped past him. Not that it mattered.

It was far from comfortable, but TFC defended exactly as much as they needed to.

Don’t worry, I’m getting to Giovinco. 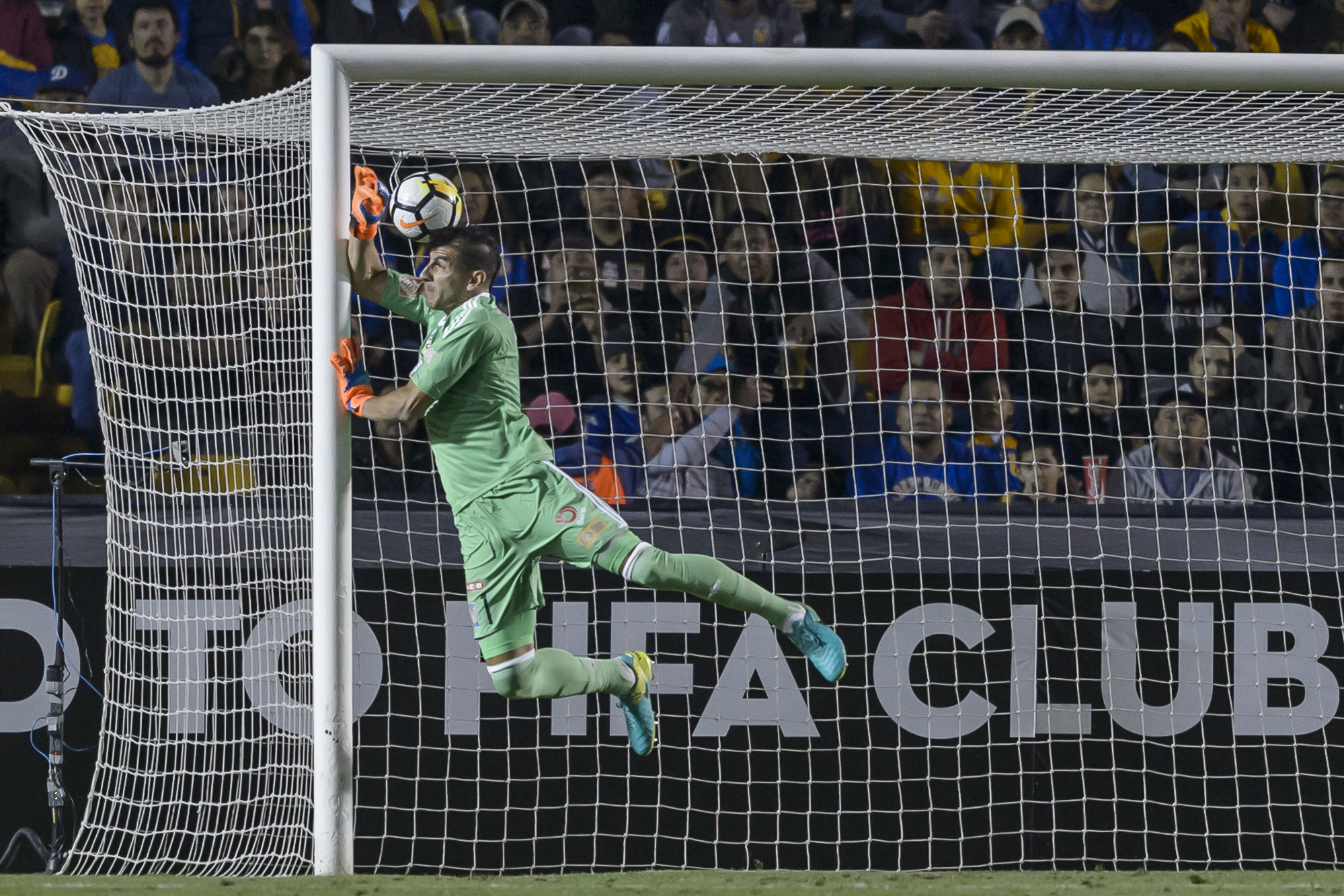 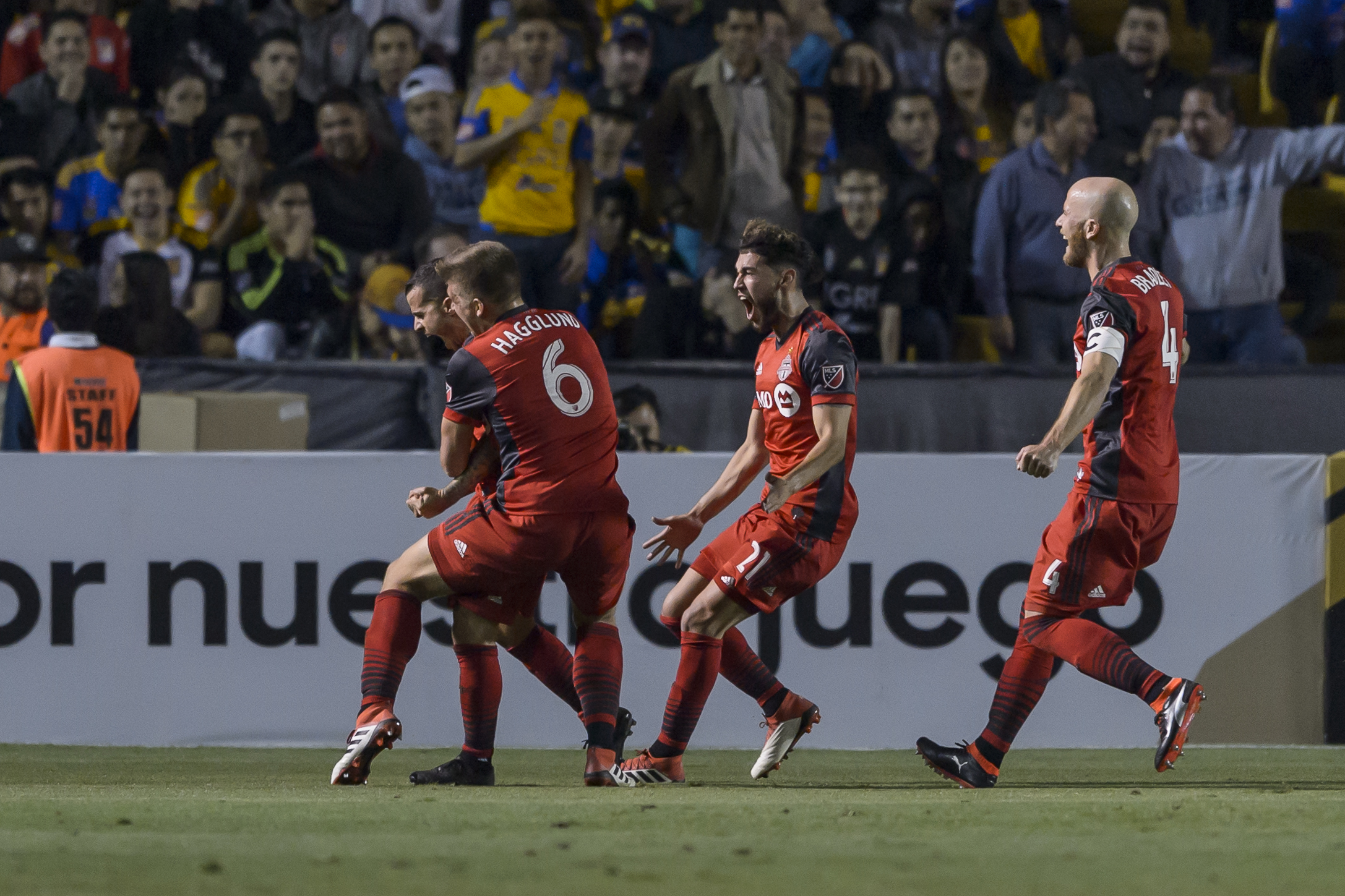 First off, let me say: don’t anybody dare question Seba’s commitment and motivation ever again. It’s as if he’s a new man this season — he’s been completely unselfish, and has turned himself into more than a superstar: he’s become a genuine leader. Oli Platt of the TFC Report went into this in more detail, I’d definitely encourage you to give it a read.

Giovinco was a monster last night. I don’t care to admit the number of times I thought I was watching a replay, as he rocketed down the left wing. With the ball at his feet, he can go toe-to-toe with almost anyone in the world, especially against non-MLS teams that haven’t spent years now specifically trying to shut him down.

He only finished with one shot on goal (and what a shot it was), but Seba was all over the place in the attacking half. It would be all too easy for him to try and play centrally at the top of the box, maybe hoping to get fouled. The Giovinco of two years ago might’ve done that.

This Giovinco, though, did most of his work out of a left-sided pocket 30-40 yards away from goal. That said, he has passes recorded from way over on the right side of the defensive half, covering all sorts of ground. I wish there as an easy way to see just how much ground Seba covered, because it might’ve been nearing Michael Bradley’s level.

The Italian even contributed defensively, in a game that required all hands on deck to keep Tigres away. He made an interception, four recoveries, and the dude even made a tackle. Giovinco! A tackle!

Giovinco isn’t going to embarrass every defender like he did in his first MLS season. It seems, though, that he’s now found his way around that. I would not at all be surprised to see him lead MLS in assists this year.

If you ask me, Sebastian Giovinco is the best player in MLS history. The importance of his signing can now be held in almost as high a regard as David Beckham’s, now that he’s dethroned the very foe MLS has had its eye on for years. I’d even rank Giovinco among the top professional athletes in Toronto sports history — Vince Carter and Roberto Alomar dominated, but I don’t think either of them held such a high place among their league’s elite.

Yesterday was monumental for the sport in this country, and I think Tigres actually appreciate that. I was really impressed with manager Ricardo Ferretti’s demeanor after the final whistle — he looked genuinely happy for Greg Vanney and TFC. Maybe he wasn’t just trying to play mind games when he spoke about the shrinking gap between their two leagues.

TFC didn’t really celebrate after the whistle. I’m sure if you congratulated any of them — Michael Bradley especially — they’d say they haven’t won a thing yet. They have serious aspirations in this tournament.

So now, the Reds go marching on — likely to the Estadio Azteca. Club América are up 4-0 on Tauro in their quarterfinal, and they’re hardly likely to lose that lead. So, for anyone who’s dreamed of Toronto FC playing in one of the most famous soccer venues in the world, this is it.

Not to get ahead of myself (I’m definitely getting ahead of myself, but let me romanticize), but the Reds are four games away from winning this damn thing. Can you imagine a competitive game between Toronto FC and Real Madrid? Or Giovinco, suiting up to play against his boyhood club Juventus?

Since we’re all a little emotional today, I’ll leave you with another poem, by Rudyard Kipling. I think it’s astonishingly fitting, and helps WTR march toward its transformation into an arts and poetry blog.

What of the hunting, hunter bold?
Brother, the watch was long and cold.
What of the quarry ye went to kill?
Brother, he crops in the jungle still.
Where is the power that made your pride?
Brother, it ebbs from my flank and side.
Where is the haste that ye hurry by?
Brother, I go to my lair to die!

Power that ebbs from the flank and side, indeed.